No.16-18 (the original Washington House) was built first between 1888 – 1889 for Francis Curley. It is reported to have been designed by architect William J. Gilliland. The four storey grey sandstone building has been altered on a number of occasions during the late 20th century. The original stone balustraded parapet to the eaves has been removed and original ground floor shopfront replaced. The ground floor of was occupied by Francis Curley Ltd., clerical and merchant tailor from completion of the building in 1889 until at least the 1960s. The name can still be seen today above the shop door.

No.14 was built c.1900, also in grey sandstone, but to three storey with attic fourth floor. The original attic storey has since been replaced with a modern glazed extension and the ground floor shopfront has also been replaced. R. McDowell & Co., watchmaker, jeweller, gold & silversmith and optician occupied ground floor premises at no.14 (later no.18) from at least 1910 until at least the 1960s.

The Wicker Man relocated from River House to no.18 in March 2016 and closed in June 2021 after 27 years operating in the city centre.

McConnell Property placed the buildings on the market in November 2018 with offers invited in excess of £1.5m. The building sold in June 2019.

Clover Pubs NI No.3 Ltd, Barry Owens Consulting Ltd and Dickson FitzGerald Architects submitted a planning application (LA04/2022/0736/F) in April 2022 proposing to change the use of the remaining vacant ground floor retail unit to a public house (as an extension to Whites Tavern at 2-4 Winecellar Entry). 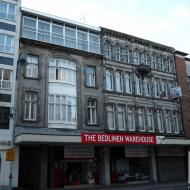 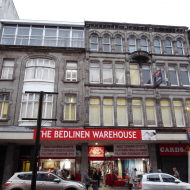 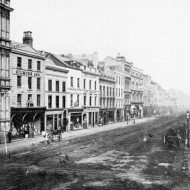 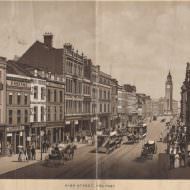 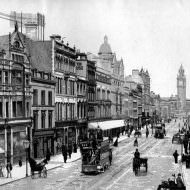 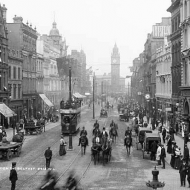 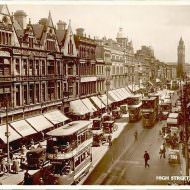 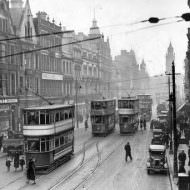