A four-storey office building at the corner of Waring Street and Hill Street. Designed by RPP Architects and developed by Deramore Property Group between 1990 – 1991.

Straben Developments acquired the building and in 2008 proposed a £10m redevelopment of the site comprising a seven-storey office building with ground floor retail (designed by RPP Architects). The proposal was not progressed as Straben withdrew the planning application in February 2009 when the Department of the Environment issued a recommendation to refuse.

Wirefox acquired Longbridge House in May 2016 for an undisclosed sum. Longbridge House Ltd and TSA Planning submitted a planning application (LA04/2016/2286/F) in October 2016 proposing to change the use of the ground floor office space to restaurant units. The application was approved in March 2017.

Eastwood Demolition stripped out the building interior during October – November 2016. 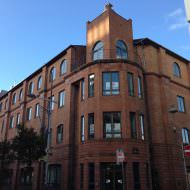 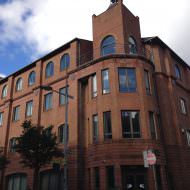