Law Society House is a five-storey office building with ground floor commercial units and basement car-parking. The building was designed by Todd Architects for the Turkington Group.

The development replaced a three-storey building built c1952 as car showrooms for W H Alexander Ltd. It was later re-faced c1985 and subsequently used as office accommodation. The building was demolished summer 2007.

Construction of Law Society House commenced during autumn 2007 and was scheduled for completion in November 2008. Construction was delayed following a partial collapse of the building structure during a concrete pour on 10th March 2008. Work recommenced following an investigation and survey of the damaged structure and the building was completed in June 2009.

The Law Society own the land and occupy the third (part), fourth and fifth floors (freehold). The Secretary of State for Local Communities and Government (Passport Office) occupy 26,500ft2 across the ground, mezzanine, first and second floors on a 15 year lease. The remaining three ground floor units are occupied by Brook St Recruitment (from 2015), Lucas Love Health Care (from 2017) and McKeowns Solicitors (from 2018). 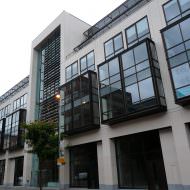 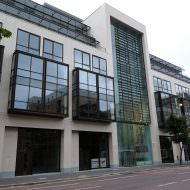 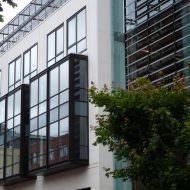 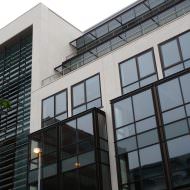 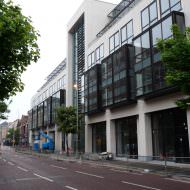 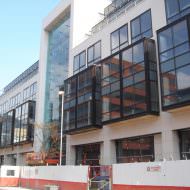 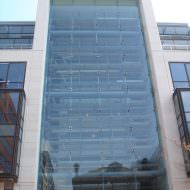 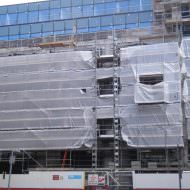 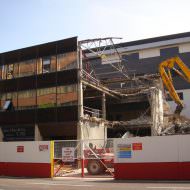