A large section of the ground floor commercial space was leased out to Group Geraud from 1986 – 2012 and operated as the InShops. The InShops centre comprised a 2,000ft2 foodhall and up to 97 sub-divided spaces for independent businesses to trade from without long term leases and at low costs. The operator of the InShops centre announced in April 2012 that they would not be renewing their lease and the centre closed in June 2012. Twenty-five businesses operated from the centre in its final year.

Lidl NI GmbH submitted a planning application (Z/2014/0312/F) in March 2014 proposing to refurbish the existing building to “provide a new shop front facing High Street and other alterations to Pottingers Entry and Church Lane elevations”. The application was approved and Lidl began fitting out a new 16,500ft2 supermarket in September 2014. The supermarket opened in November 2014.

Glasgiven Contracts commenced work to fit-out the gym during July 2017. 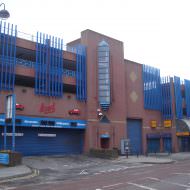 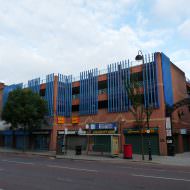 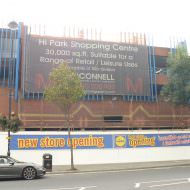