The Crumlin Road Courthouse is a two storey building designed by architect Charles Lanyon; built 1848-1850 by James Carlisle under the supervision of W.H. Lynn at a cost of £16,500. The building opened during summer 1850 as the County Antrim Court House and was connected via an underground tunnel to the Crumlin Road Gaol (also by Lanyon) on the opposite side of the Crumlin Road.

The building was altered and extended the building under the supervision of Young and Mackenzie Architects between 1905 – 1906. The work were completed by McLaughlin & Harvey at a cost of £12,500.

The courthouse closed in June 1998, after nearly 150 years of continuous use. The 2 acre site was sold to Ewarts for £1 and tied to the construction of the new Laganside Court building at Oxford Street. A planning application was submitted in June 2003 to convert the building into offices including the demolition of a rear section and construction of new extension. This was approved November 2004 but in the interim period Ewarts sold the building for £35,000 to developer Mr B. Gilligan when he left his position within the Ewarts company in September 2003.

Big Picture Developments (Mr Gilligan) and Consarc Conservation submitted a planning application (Z/2006/2127/F) in September 2006 proposing a £25m redevelopment scheme comprising refurbishment and extension to provide 161no. hotel bedrooms, 10no. suites, a health suite, conference facilities (within the original Crown courtroom) and 92no. parking spaces. The application was approved in November 2007 but in March 2009 a fire caused extensive internal damage. A further two fires on 15 and 16 August 2009 caused severe damage to the roof and led developer Mr Gilligan to claim that a rethink on the development plans were required as the lack of grant aid and resulting levels of damage made the hotel project unviable.

In January 2013 it was reported that the Department for Social Development would undertake an options appraisal considering the future of the courthouse, including the potential vesting or purchase of the building. The Department for Social Development appointed Turley in July 2013 to prepare a Development Study for the Courthouse. Turley were guided by a Steering Group comprising DSD, SIB, OFMDFM, NIEA and Belfast City Council (DSD, SIB and OFMDFM jointly commissioned the study). The study outlined a number of agreed objectives, including; conserve, protect and enhance the heritage asset, bring back into significant use for locals and visitors, deliver sustainable economic development, and maximise social and cultural integration.

The study identified a preferred option that included reconstruction and basic refurbishment of the main building, reconstruction of Court 1 and promotion and facilitation of meanwhile uses. The report further recommended that the Courthouse be brought into statutory ownership.

The former courthouse building was acquired by the Signature Living Group during March 2017 with proposals to invest £25m to redevelop the building for hotel use.

Signature Living submitted a listed building consent application (LA04/2018/2786/LBC) in December 2017 proposing alterations, extensions and conversion of the building to create a hotel with restaurant, bar, basement spa and rooftop function suite. The proposal includes restoration of Courtroom 1 and reopening a tunnel connecting to the Crumlin Road Gaol visitor attraction. A full planning application (LA04/2018/1650/F) was submitted in June 2018. The planning applications were approved in December 2018. 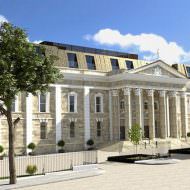 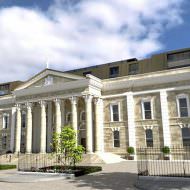 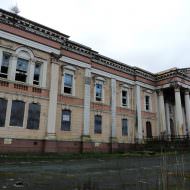 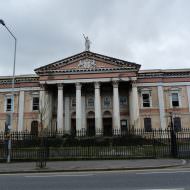 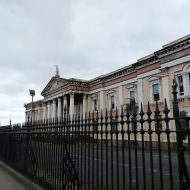 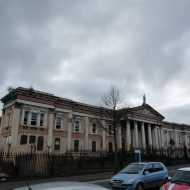 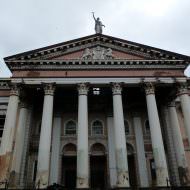 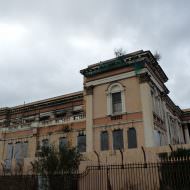 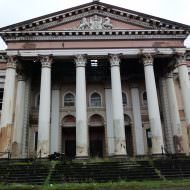 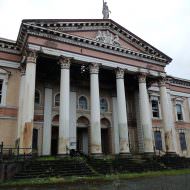 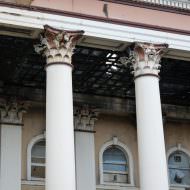 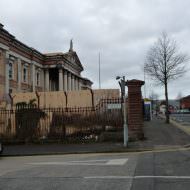 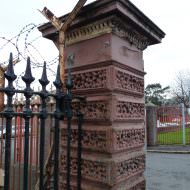