28 Linenhall Street & 13-23 Clarence Street was first built in the late 1800s as part of a larger complex of linen warehouses. The building was acquired by Mr C. Hill in 1985 and in 1987 works were carried out to convert the building to office use. RPP Architects oversaw the works that included: removal of non-original render from external facades; new corrugated tin roof; new mezzanine level and staircases, and; demolition and replacement of the Linenhall St facade with curtain glazing. On completion of the redevelopment works in 1987 the building was named Clarence Gallery let to RPP Architects. The building owner Mr C. Hill retained a section at 17-19 Clarence Street for a photography studio.

RPP Architects occupied Clarence Gallery from 1987 until relocating in 2006. Blue Hairdressing occupied 13 Clarence Street since at least 2006 until May 2017. Reuben’s sandwich bar has traded from 26a Linenhall Street since 1996.

Killultagh Properties Ltd submitted a planning application (Z/2008/0425/F) in February 2008 proposing to demolish the existing buildings and develop a 12-storey office building. The application was withdrawn in April 2008.

Killultagh Estates Ltd and RPP Architects submitted a planning application (LA04/2015/0674/F) in June 2015 proposing to demolish the existing buildings and develop a 9-storey office building. The scheme was amended in August 2017, April 2018, August 2018 and November 2018. Planning permission was granted in February 2019 for demolition of the existing buildings and constriction of a new 8 storey office building. 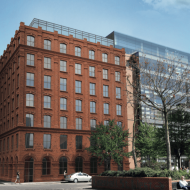 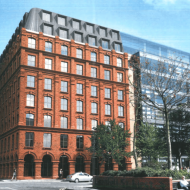 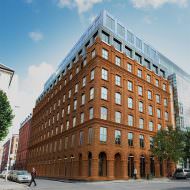 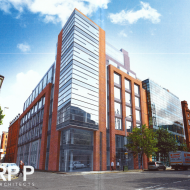 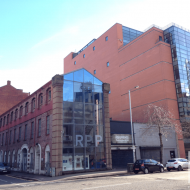 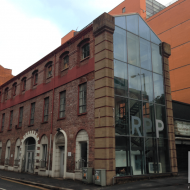