A single storey brick building built as a branch of the Trustee Savings Bank in the 1970s. The building had been vacant since the 1990’s.

In February 2014 a planning application was submitted by Titanic Quarter Ltd and McGonigle McGrath Architects proposing to convert the building into a restaurant with take-away facilities. Planning permission was granted on 27 April 2015.

Construction and fit-out works were completed during May 2015. ‘Cast & Crew’ restaurant opened on 27th May 2015. The restaurant closed in October 2018. 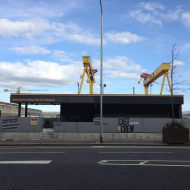 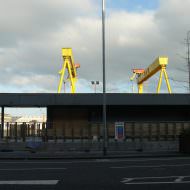 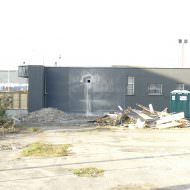 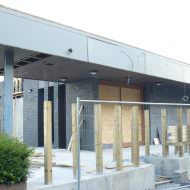 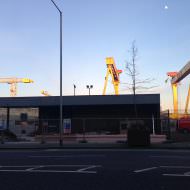 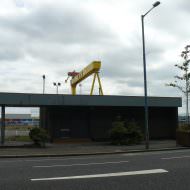