Designed by Young and Mackenzie and built by Robert Corry at a cost of approximately £70,000. The building opened in 1905 as the headquarters of the Presbyterian Church in Ireland (relocating from May Street).

Previously this was the site of Fisherwick Presbyterian Church, a two storey building designed by Thomas Duff and opened September 1827. The church was demolished in 1899 to make way for the current Assembly Buildings.

The building underwent internal and external refurbishment during 2010-2011 at a cost of nearly £8m (£1m was provided by NIEA by way of grant aid).

The Presbyterian Church Of Ireland and Kennedy Fitzgerald Architects submitted a planning application (LA04/2016/2580/F) in December 2016 proposing to change the use of the ground floor from retail/café/mall/office to church/conference/exhibition/storage/office, create 1no. retail unit and alter the ground floor elevation with new entrance doors on Upper Queen Street. The application was approved in March 2017.

The Spires Shopping Mall will permanently close by end of summer 2017 and work to remodel and refurbish the ground floor to conference and exhibition space will follow. 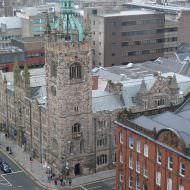 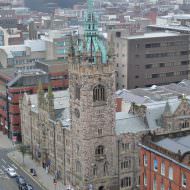 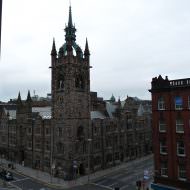 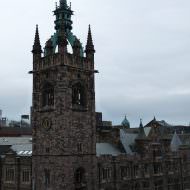 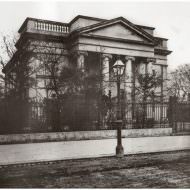 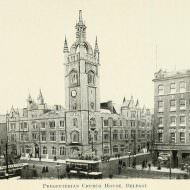 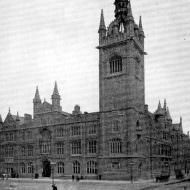 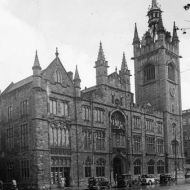