A seven storey office building designed by WDR & RT Taggart for Deramore Developments. The 13,000ft2 building was built by Portview Construction between May 1995 – January 1997.

Previously at 45 – 49 Adelaide Street was a five storey red brick warehouse building. The building was built c1910 and was accessed via a sandstone doorcase on the corner of Adelaide Street and Clarence Street. Demolished in the early 1990s. 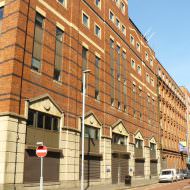 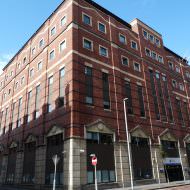