Adelaide Exchange is a mixed-use development designed by RPP Architects for Straben Developments. The development is arranged around a central ground level courtyard with a double basement below. Demolition and site preparation works commenced in summer 2004 and the development was completed in phased handovers during 2007.

A 148 bedroom Premier Inn Hotel fronting Alfred Street was built for Whitbread Plc. The £3.7m hotel formed Phase 3 of Adelaide Exchange and was completed in April 2007 with opening following in May 2007. The hotel structure comprises steel beams supported on steel columns and external walls finished in rendered blockwork and red brick.

The office element of the scheme fronts both Alfred Street and Adelaide Street and is primarily finished in curtain wall glazing and cladding panels. Completion was phased throughout late 2007 and five floors (44,000ft2) was let to Liberty IT. The remainder was let to Belfast City Council.

Further office accommodation and a gym occupy a refurbished former linen warehouse at Adelaide Street. The gym was occupied by LA Fitness until 2014. Pure Gym took over the space in July 2015.

The development was placed into receivership by Ulster Bank and Lone Star during summer 2015 however Straben raised money from a new financial source which enabled it to buy the building back in late 2015.

Liberty IT acquired a further 21,000ft2 of office accommodation within Adelaide Exchange in May 2016.

Part of Adelaide Exchange was sold in an off-market deal to a local private investor for £2.46m in June 2018. No.22 Adelaide Street comprises a six-storey building with the ground, first and second floors (15,500ft2 let to PureGym until July 2029) and the upper three floors used as office accommodation. 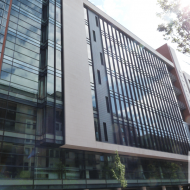 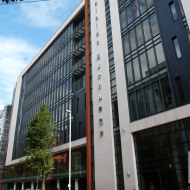 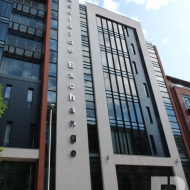 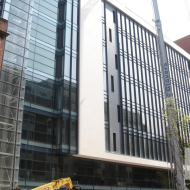 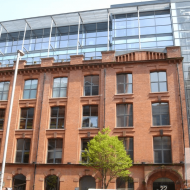 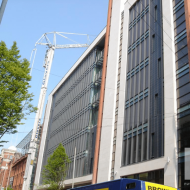 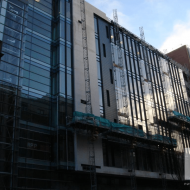 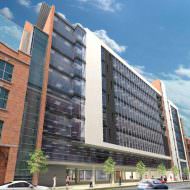 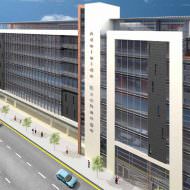