85 Victoria Street / 63 Ann Street is a five-storey building with ground floor retail unit and offices above. The building was designed by Halliday Fraser Munro and developed by Deramore Property Group between January 2011 and January 2012.

Previously on this site was a four-storey rustic brick building curving at the corner with Ann Street. The building was built in the 1950’s and demolished during early 2011 to make way for the current five-storey office building.

The current building was placed on the market in April 2015 by TDK Property Consultants, on behalf of Alterity Investments, inviting offers in excess of £1,650,000. Sales material at the time noted that the building was fully let with a ‘Passing Rent of £132,557,50’. The building was acquired by a local investor in July 2015.

The ground floor retail tenant – Sweatshop – is due to close in December 2017; the unit is currently being offered for rent. 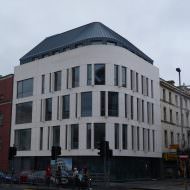 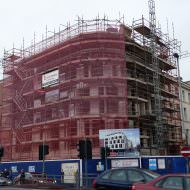 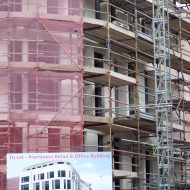 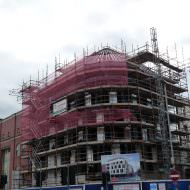 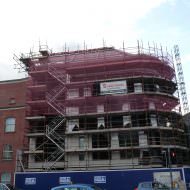 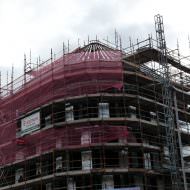 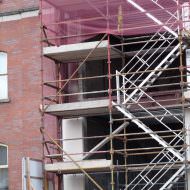 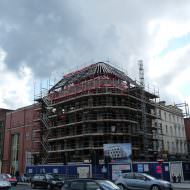 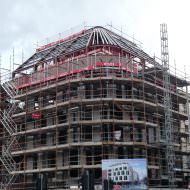 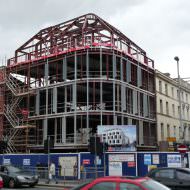 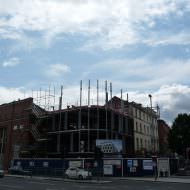 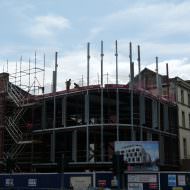 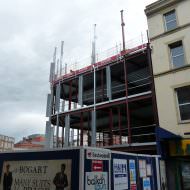