A three storey plus attic building designed by Thomas Jackson & Son for English and Scottish Law Life Assurance Association. The building was built by Mr William McCammond in 1874, shortly before the adjoining building (13-17 Lombard Street) which was designed by the same architect. Both buildings were some of the first to be developed on the newly formed Lombard Street which replaced two former entries; Leggs Lane and Caddells Entry.

The owner of 5-7 Lombard Street (Mrs. S. Rankin) submitted a planning application (Z/2003/2501/F) in October 2003 proposing to convert the upper floors to 3no. rental apartments. The application was approved January 2004 although no development commenced.

Leaside Investments Ltd submitted a Listed Building Consent application in January 2012 proposing to convert both 5-11 and 13-17 Lombard Street to hotel use with ground floor retail units. The application was approved in October 2012 and formed part of the former Royal Exchange redevelopment scheme.

The ground floor is occupied by McNeilly’s jewellers, The Nutmeg and Phone Inc.

OKT placed the upper floors of the building on the market during April 2019 (the adjacent building’s upper floors were acquired by Angus Properties during early 2019). 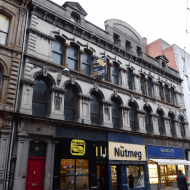 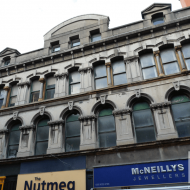 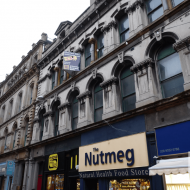 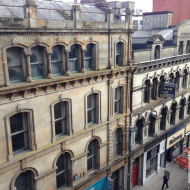 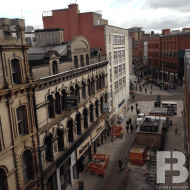