U.S. Inns Ltd acquired 41-49 Dublin Road (excluding ground floor of no.47) and 3-5 Ventry Street in 1984 and over the next number of years carried out refurbishment and alterations to the various properties to create an entertainment complex comprising Dempsey’s, Pips and the Elbow Room.

The ground floor of no.47 Dublin Road has remained in separate ownership and occupied by a bookmakers since at least 1986.

A fire within 45 Dublin Road (Dempsey’s Bar) in September 2007 caused extensive damage and the premises were closed.

Jermon Developments carried out refurbishment works (ref: Z/2010/0372/F) to the ground floor and facade of no.45 during early 2010 and a new licensed premises called Filthy McNasty’s opened in April 2010.

FMN Properties and J. Aidan Kelly Ltd submitted a planning application (LA04/2015/0723/F) in June 2014 proposing a two storey extension to rear of no.45 and change of use of no.49 to licensed premises. 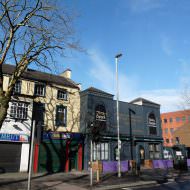 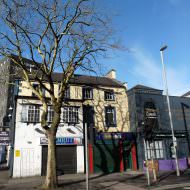 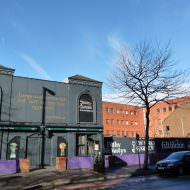