A three storey former warehouse building built around 1905. The building was refurbished in the early 1990s and converted to retail and office use.

The ground floor unit at no.44 has been vacant since the late 1980s / early 1990s when it was last used as a social club. A planning application submitted in May 2017 proposed to convert the unit to a licensed restaurant. The application was approved in November 2017 and works to covert the unit commenced in March 2018. 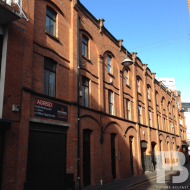 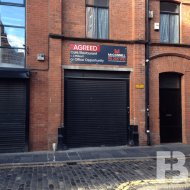