The site was owned by Jermon Develoments from 1999 – 2010. Jermon proposed a mixed use development scheme (South Bank Square) situated on the land between Dublin Road and Great Victoria Street. Anglo Irish Bank appointed Keenan Corporate Finance to place Jermon Developments portfolio of land into receivership in June 2010, including the South Bank Square site. The site was placed on the market by Osborne King in 2011 and in late 2011 Mr Seamus Gillan (BSG Civil Engineering Ltd) purchased the site for between £4m – £5m. Mr Gillan established a company called South Bank Square Ltd and submitted planning applications with RMI Architects for 2no. hotels on the site.

Mr Gillan confirmed in February 2012 that an agreement and lease was in place between French company Accor to operate a 2-star ETAP hotel and a 4-star Novotel hotel. The planning application for the proposed ETAP Hotel was approved in April 2012 and ETAP entered a lease to occupy the building until 2032. Construction commenced in August 2012 and was completed early August 2013. The hotel opened on Monday 19 August 2013. The building was purchased by CBRE Global Investors for £6.6m in January 2015. 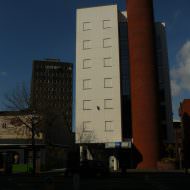 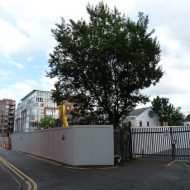 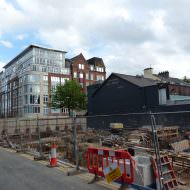 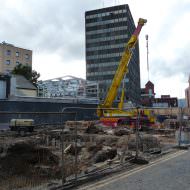