A 6-storey office building built 2004 – 2005 and initially known as Oxford Exchange. During late 2008 the building was fitted out for the NI Court Service and the name was changed to Laganside House.

The NI Executive purchased the building in April 2015 for an undisclosed sum, along with four other buildings (Causeway Exchange, Seatem House, Clare House, 2 – 4 Bruce Street). 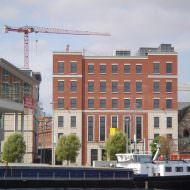 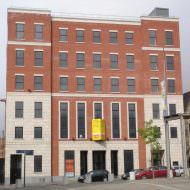