The warehouse was occupied by McCrum, Watson & Mercer Ltd., linen manufacturers from completion until the late 1920s. Wilson, John, & Son (Belfast) Ltd and Ballymena Manufacturing Co. Ltd., linen manufacturers traded from the building during the 1930s. During the late 1940s the building was converted to office use and became the headquarters of the Ulster Transport Authority.

Anglia & General Developments Ltd acquired the building during the early 1990s and extensively refurbished the property for office use in 1996 (ref: Z/1995/2271).

Allianz NI occupied the building from 1997 until relocating to the Gasworks in 2012.

Belfast City Council rented offices in the building during 2015 – 2016. The building is now vacant.

Keystone Properties Belfast Ltd submitted a planning application (LA04/2019/0811/F) in April 2019 proposing to remove the existing roof and replace with a new single storey flat roof extension to provide one residential unit above refurbished office accommodation on the ground and four upper floors. The application was approved in February 2020. 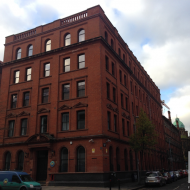 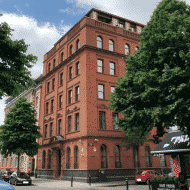 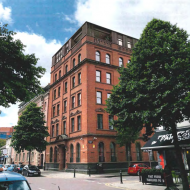