A five-storey warehouse building built by Eason & Son Ltd in 1957. The building replaced a four-storey brick warehouse dating from c1895.

Elmoreton Ltd submitted a planning application (LA04/2016/2620/F) in December 2016 proposing to redevelop the building to comprise a ground floor bar/ restaurant and 25no. hotel bedrooms on the upper floors. The application was approved in January 2018.

Contractors commenced work to demolish the rear of the property on 21st September 2019 (see photo below).

Just before 9pm on the evening of 21st September 2019 a fire was reported to emergency services. The Fire & Rescue Service believe that the fire was started deliberately and spread from the top to the bottom of the building across all floors. The PSNI confirmed that it is investigating the cause of the fire. 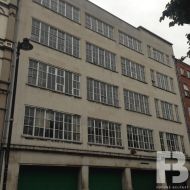 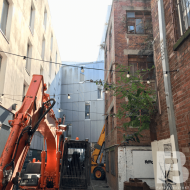 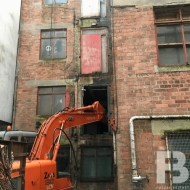 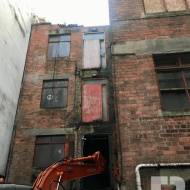 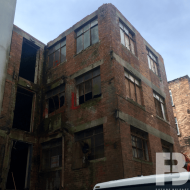 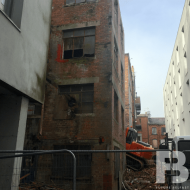 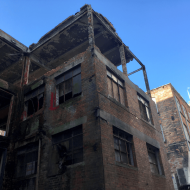 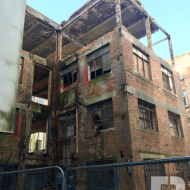 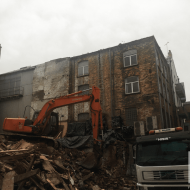 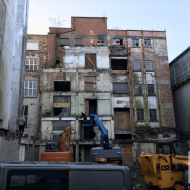 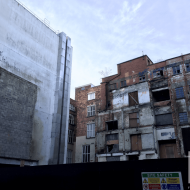 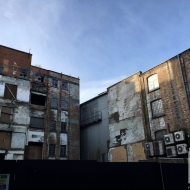 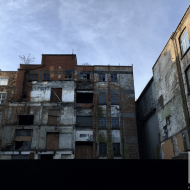