The Mount, 1 Castlereagh Street, Belfast Ltd submitted a planning application (LA04/2019/1797/F) in July 2019 proposing a residential development comprising 43no. units, landscaping and car parking. The proposal comprises restoration of the listed building at 32-36 The Mount and conversion to 12no. apartments across 3 storeys, 2no. new-build 3 storey blocks comprising 12no. apartments each and 7no. terraced townhouses.

No.32-36 The Mount comprises 3no. two-storey houses with basements. The properties were built c1860 by Mr William Ritchie on the site of Mount Pottinger, a large residence first built by the Pottinger family in 1705; the family had acquired the townland of Ballymacarrett in 1672. 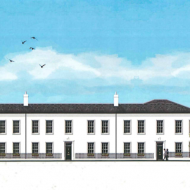 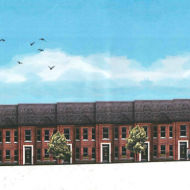