A four storey building built during the early 1960s that replaced a two storey public house.

Alterity Investments and Milligan Reside Larkin Architects submitted a planning application (LA04/2017/1783/F) in August 2017 proposing to change the use of the unit at 12-14 Castle Lane from retail to restaurant/cafe use. 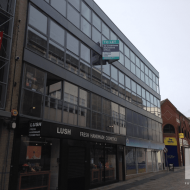 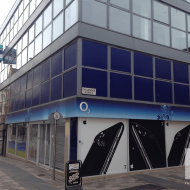