A 6-storey, 171 bedroom hotel building comprising the facade of two buildings dating from 1867 and 1876. The modern block sits over an underground car-park and is linked at first floor over Warehouse Lane.

The hotel was developed by Corner Blok Ltd which paid £1.25m to enter into a 999 year lease in 2006 with the Laganside Corporation. The building was leased to Premier Inn which opened on 6th October 2008.

In May 2011 Corner Blok Ltd was placed into administration by Bank of Scotland Ireland. In December 2013 CBRE Global Investors purchased the building for £9.25m

No. 3 Donegall Street was a four-storey building designed by William Hastings and built 1876. 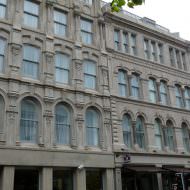 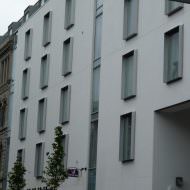 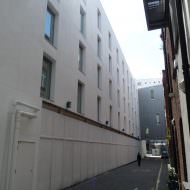 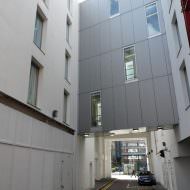 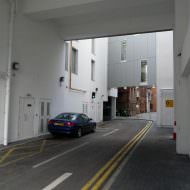 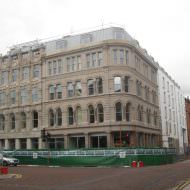 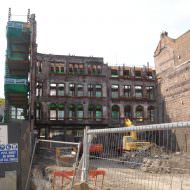