A four storey grade B1 listed building (HB26/50/102 A) that forms part of a terrace of Georgian properties at College Square North designed by Thomas Jackson during the 1820s – 1830s.

The current Wilton House was first built as a two separate homes with rear stables and coach houses. The two homes were combined around 1894 by Mr J. Hicks who opened the Hotel Metropole. The hotel comprised 14 guest bedrooms in addition to accommodation for Mr Hicks and his family. The hotel closed and in 1907 the Adult Deaf and Dumb Organisation established a mission hall within the building. The organisation became the Ulster Institute for the Deaf and continued to occupy the building until merging with the Royal National Institute for the Deaf (RNID) in 1991. The RNID rebranded to Action on Hearing Loss in 2011 and relocated from College Square North to Adelaide Street.

The vacant property was placed on the market by BTW Shiells during 2012 and was included in Allsop LLP’s October 2012 commercial property auction, however it did not sell at auction.

A series of Discharge of Condition applications were submitted by Poplar Investments Ltd between April – November 2021.

Hoarding erected in November 2021 indicates that the site has been acquired by iLiv. 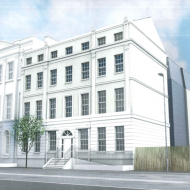 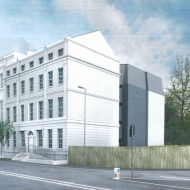 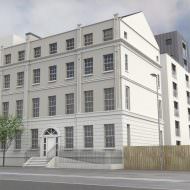 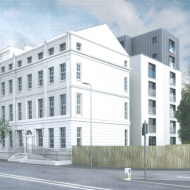 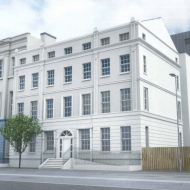 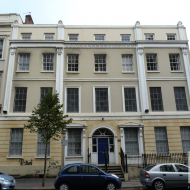