The Westlink Backpath land is located along the rear of properties at Cullingtree Road on the west side of the Westlink. The land is within the Lower Falls Building Successful Communities (BSC) area (one of six pilot BSC areas). The  Department for Communities (DfC) appointed Turley to prepare the Lower Falls Action Plan as part of the BSC programme. The Action Plan identified a number of catalyst projects and complimentary projects, including the proposed Westlink Backpath environmental improvement project.

In addition, a Westlink Footbridge Feasibility Study was prepared by McAdam Design and published October 2017. The study assessed options for re-imaging the Westlink Footbridge. The footbridge connects the Westlink Backpath at Cullingtree Road to Durham Street and is owned by DfI Roads (maintenance is contracted to Highway Management (City) Ltd under a DBFO contract). The study recommended a preferred option for re-imaging that included a new ‘hooped’ security cage. 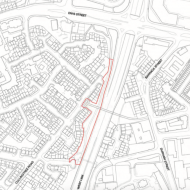 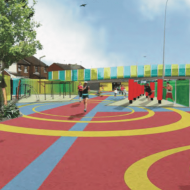 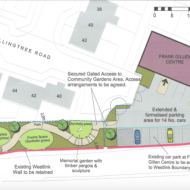 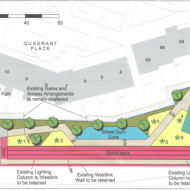 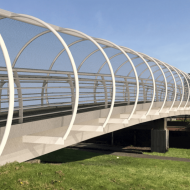