The former Harland & Wolff Headquarters Building & Drawing Offices was built in sections between 1889 – 1922. The former Drawing Office and accounts offices to the rear of the site were built c.1889, linked by a single storey entrance block. A new Administrative Building was constructed adjacent the Drawing Office c.1910. The single storey entrance block built c.1889 was demolished c.1911 and replaced with the current three-storey block fronting Queen’s Road and connecting to the c.1910 Administrative Building at first and second floors. An extension was added c.1922 to the north-east of the c.1911 building fronting Queen’s Road. The main three-storey building was in use until 1989. Since 1989 a number of structures have been removed, including a building to the north‐east constructed in the 1950s and a later fourth storey (containing a dining room) over the main entrance block.

Titanic Quarter Ltd submitted a planning application (Z/2009/1091/F) in July 2009 proposing to refurbish, part-restore and extend the remaining c.1911 three-storey building and Drawing Offices for use as a 111 bedroom boutique hotel with spa facilities, swimming pool, gymnasium and other ancillary uses. The proposal, designed by RMI Architects, was approved in February 2011 but not implemented.

The former Harland & Wolff Headquarters Building and Drawing Offices were transferred to Titanic Foundation Ltd in 2012 via a 7 year lease. The Heritage Lottery Fund awarded £5m through the Heritage Enterprise Grant in October 2013 towards the restoration and redevelopment of the building.

A revised planning application (Z/2014/1555/F) submitted by Titanic Foundation Ltd and Turley in November 2014 proposed to convert, restore and extend the former Harland & Wolf Headquarters Building and Drawing Offices for use as an 84 bedroom boutique hotel with heritage related tourist / event facilities, and other ancillary accommodation. The application was approved by Belfast City Council in May 2015.

A planning application (LA04/2016/0096/F) submitted by Titanic Quarter Ltd and Turley in June 2015 proposes an additional 36no. bedrooms (120no. in total) within a new extension to the north of the existing building. 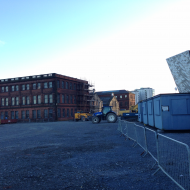 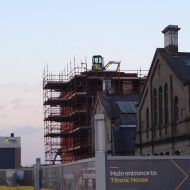 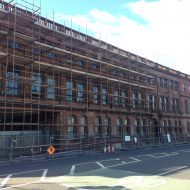 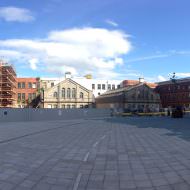 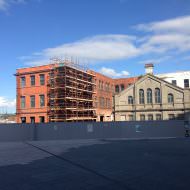 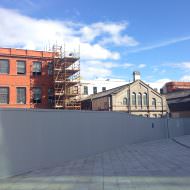 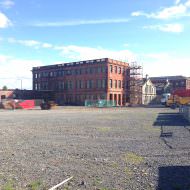 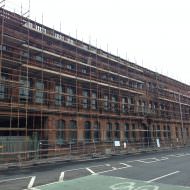 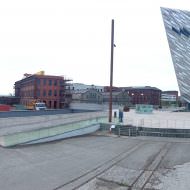 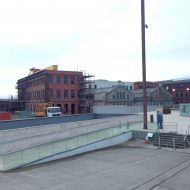 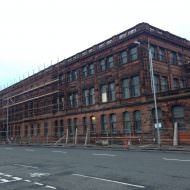 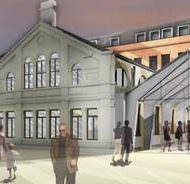