A five storey office building (15,683ft2) built 1959 – 1961 for the Council of the NI War Memorial as the War Memorial Building. The design was the result of an architectural competition won by architect J. Michael Bowley. Work was supervised by architect Granville Smyth who also designed 9 – 13 Rosemary Street, Property House in 1957.

The building was officially opened as the official War Memorial Building in Northern Ireland by HM The Queen Mother in 1963 and was intended to provide office accommodation for charities and organisations linked to the Armed Forces.

During the 1970s a small single storey entrance porch was added to the west elevation adjacent the Northern Whig Building.

The Council of the Northern Ireland War Memorial (CNIWM) offered the building for sale in 2006 and it was later sold in 2007 to Killultagh Estates (then owners of the adjoining River House on High Street).

The CNIWM relocated to new premises at 21 Talbot Street in 2007 and original fixtures and fittings, including a stained glass memorial window, were also transferred. A two storey section of the building to the rear car park area continues as a museum to the Royal Ulster Rifles. The War Department hold a long lease of 999 years from May 1962 on this section (0.05 acres).

During 2010 the then vacant ground floor was marketed by McConnell Property as a potential bar / restaurant / cafe space, however it was later leased as office space to Colliers in June 2011.

In February 2015 the Northern Ireland Environment Agency issued a consultation on the proposed B2 statutory listing (HB26/50/259) of the War Memorial Building.

CBRE placed the building on the market in May 2015 inviting offers in the region of £850,000. The building sold for £1.1m to Messrs Graham and Sweeney (Kremlin Associates Ltd) in October 2015.

Kremlin Associates Ltd and McGonigle McGrath Architects submitted a planning application (LA04/2015/1451/F) in November 2015 proposing to convert the existing office building to a 63no. bedroom hotel. The scheme proposed restoration of the external facade, a new concrete canopy at the hotel entrance and an extension to the rear of the existing building. The application was approved in March 2016.

Chanro Investments Ltd acquired the building in autumn 2016 and in December 2016 construction hoarding was erected around the building with the name of the proposed hotel operator; The Gravity Group. Chanro Investments Ltd and Dickson Fitzgerald Architects submitted a revised planning application (LA04/2017/0171/F) in January 2017. The scheme proposed a lobby, reception and lounge at ground floor, 37no. hotel bedrooms on the first, second and third floors, a bar / restaurant at fourth floor, and a rooftop bar covered by a dark oak timber lattice roof structure. The application was approved in June 2017.

The Signature Living Group (Waring SLG Two Ltd) acquired the building in March 2018 and submitted a planning application (LA04/2018/1493/F) in June 2018 proposing to alter and extend the existing building to create a 43no. bedroom hotel, ground floor bar / restaurant and rooftop bar. Amendments to LA04/2018/1493/F were submitted during July 2019. The application was refused in October 2020.

The building sold during autumn 2021. 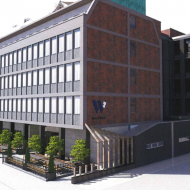 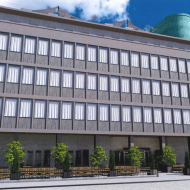 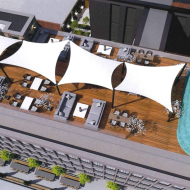 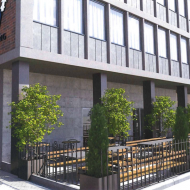 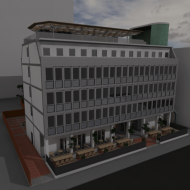 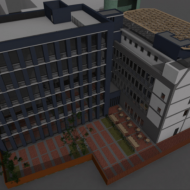 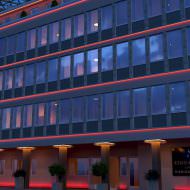 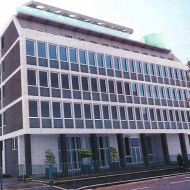 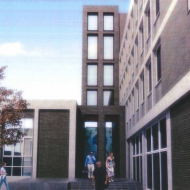 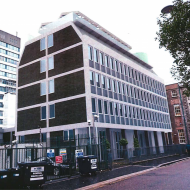 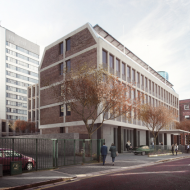 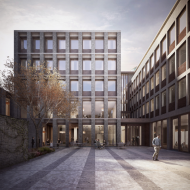 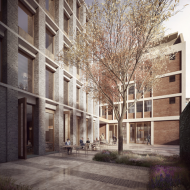 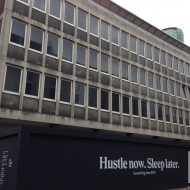 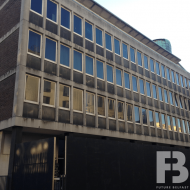 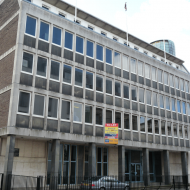 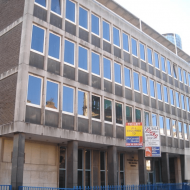