The Paper Exchange is a proposed 11 storey mixed-use building on a site situated between Chichester Street and Gloucester Street. The scheme comprises approximately 200,000ft2 of grade ‘A’ office space over ground floor cafe/restaurant and basement car parking.

Eastwood Demolition completed a soft strip out of the existing buildings during March – April 2018. Demolition of the buildings took place between February – July 2019.

Wirefox submitted a planning application (LA04/2019/0909/F) in April 2019 proposing to amend the previous approval. The main changes include a reduction in the size of the basement, car parking relocated from basement to ground floor and rationalisation of floor plates. The application was approved in November 2019.

Heron Brothers and Quinn Piling commenced site works in February 2020, although work on site was paused in March 2020 when Covid-19 restrictions were introduced.

The project received £20m in loan funding from the NI Investment Fund during late 2020. Construction recommenced in December 2020 and two tower cranes were erected in January 2021.

The project construction cost is £45m and the development is expected to have a £70m market value when completed in late 2022 / early 2023.

Savills and Colliers International have been appointed as joint letting agents to market the scheme. For more information visit the official project website at www.thepaperexchange.co.uk.

(nb. This webpage replaces three separate webpages previously published for the The Matic, Oxford House and Gloucester House. Information on these buildings can now be found below.)

Village Homes (NI) Ltd, TSA Planning and Like Architects submitted a planning application (LA04/2015/0619/F) in June 2015 proposing to develop a residential building stepping in height from 11-storey at Chichester Street to 13-storey at Gloucester Street. The proposed building comprised 75no. apartments, basement and ground floor car-parking, first floor swimming pool, private gym and an external landscaped courtyard at second floor. The application was approved in July 2016.

Marketing for the proposed £6.5m apartment building (The Matic) commenced during spring 2016 and construction was reported to begin during the same year. The proposed scheme was cancelled when the site was acquired by Wirefox during late 2016.

Both Oxford House and the interconnected Gloucester House were placed on the market by CBRE, on behalf of TJ Hamilton Developments Ltd, in September 2015 with offers invited over £5.75m for both buildings.

Both buildings were let to government departments from the 1970s until spring 2017. The buildings are now vacant awaiting proposed redevelopment. 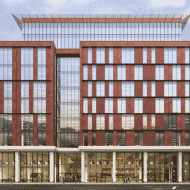 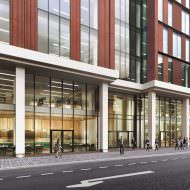 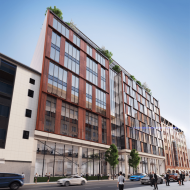 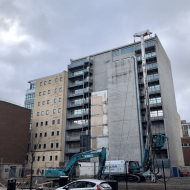 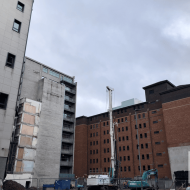 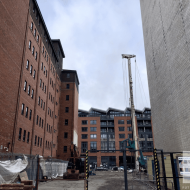 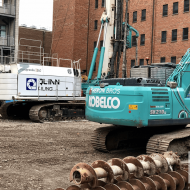 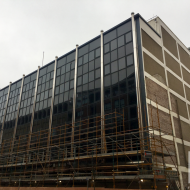 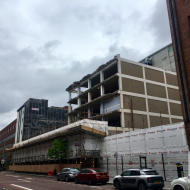 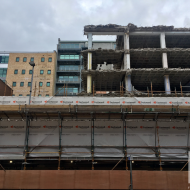 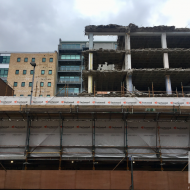 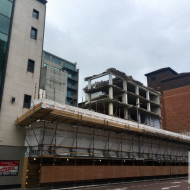 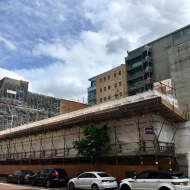 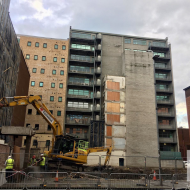 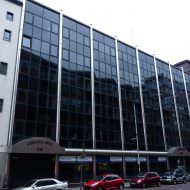 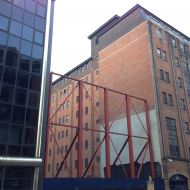 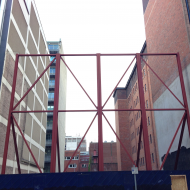 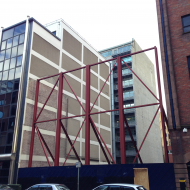 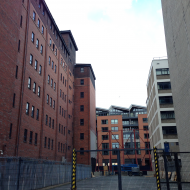 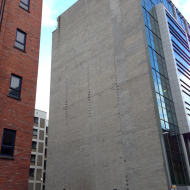 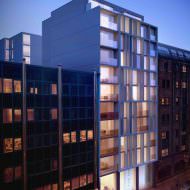 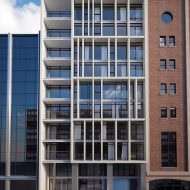 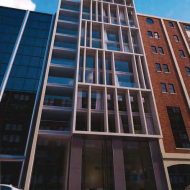 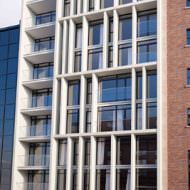 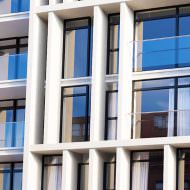 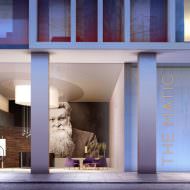 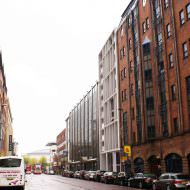 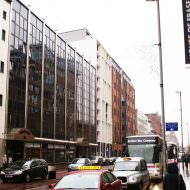 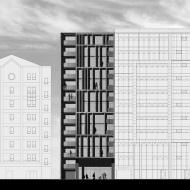 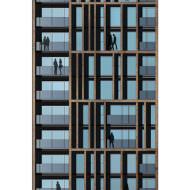