The 23 acre Odyssey complex at Queen’s Quay was developed between 1998 – 2001 as the ‘Landmark Millennium Project’ for Northern Ireland. The full site is owned and operated by The Odyssey Trust Company on a long lease from Belfast Harbour Commissioners. On completion in 2001 the site comprised a 10,000 seat indoor arena, W5 science centre, IMAX cinema, bowling complex, restaurants, bars, clubs and 1,500 space car park. The development was part funded by the Millennium Commission (£50m) and totalled an investment of c£150m.

Sheridan Millennium Ltd owned a long term lease on the Odyssey Pavilion until it was placed into administration in May 2010. The Pavillion was placed on the market in September 2012 with offers invited above £10m. In April 2014 it was reported that Omniplex Holdings had submitted an offer to purchase the Pavillion. It was reported in May 2014 that the Odyssey Trust (the charitable company that owns and manages the entire Odyssey site) declined the offer which was reported to be less than £10m.

The administrators June 2017 progress report noted that an offer of £7.5m was accepted for the leasehold property interest and the sale of the Leasehold completed in February 2017. The report also noted that £550,000 was received from Odyssey Property Company for part of the Pavilion leasehold (Units 3&4).

Matagorda 2 (with Deutsche Bank as funding partner), working alongside The Odyssey Trust Company, commenced a £17m redevelopment of the Odyssey Pavilion in October 2019. The work will be managed by Hollis consultants and is scheduled to complete by summer 2021.

The Odyssey Pavilion reopened to the public on 10th December 2021. Cineworld opened on the same day and includes 13no. screens including an IMAX auditorium, a multi-sensory 4DX cinema and ScreenX (a 270-degree wrap-around screen).

W5 (Who What Where When Why) is a science centre / educational venue owned by the Odyssey Trust Company and located on three upper floors above the Odyssey Pavilion. W5 opened in 2001.

W5 announced a £4.5m redevelopment of the centre during 2017. Work commenced late 2017 and is expected to complete in 2020. The redevelopment is funded by a £3m grant from the Inspiring Science Fund (a partnership between the Department for Business, Energy and Industrial Strategy (BEIS), UK Research and Innovation (UKRI) and Wellcome) and a further £1.5m from the Odyssey Trust.

Gilbert Ash commenced work on the first phase of the redevelopment of W5 during autumn 2017. The work involved the reconfiguration of the existing centre and expansion into a vacant nightclub unit (formerly Bar Budda; ref: LA04/2017/2165/F). Construction work completed during late spring 2018 and a new gift shop and LEGO® Zone opened in May 2018.

The £1.85m contract for the second phase of W5’s expansion and refurbishment was awarded to Aivaf Ltd (in partnership with attraction design company Mather & Co) in April 2019. The work will create seven new themed zones and is scheduled to complete by June 2020.

A 10,000 seat indoor arena with olympic size ice rink. The arena is operated by SMG under a management agreement with The Odyssey Trust Company. Known as the Odyssey Arena until 2015 when the arena rebranded to The SSE Arena Belfast.

A 1,500 space car park is located to the south of the Odyssey Complex and is managed by The Odyssey Trust Company. Outline planning permission was granted in November 2013 to redevelop the car park site to include c800 residential units, 2no. hotels, offices, retail, leisure and community uses and multi-storey car parking. See Odyssey Quays for more information. 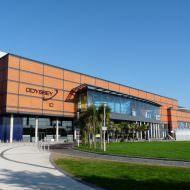 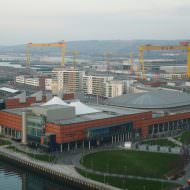 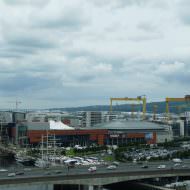 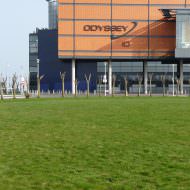 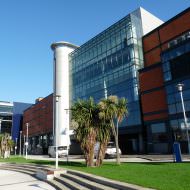 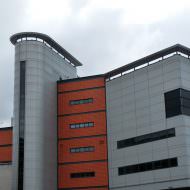 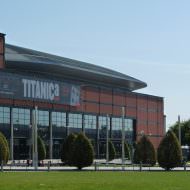 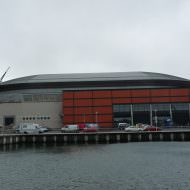 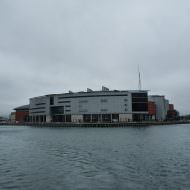 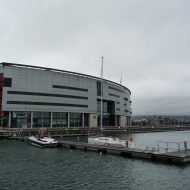 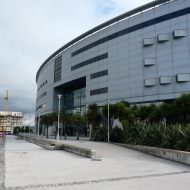