A five-storey residential development comprising 156 apartments over 17,000ft2 of retail space at ground floor. The development incorporates part of the 1890 Ormeau Bakery building.

The first occupier of the ground floor retail units at The Bakery was a Tesco Express store (opened 26 May 2013). Other retailers followed, including The Wine Company, Karolina Shop and Boden Park Coffee Co.

History of the Bakery

The Ormeau Bakery was opened by Robert Wilson in 1890 and continued to operate under three generations of the Wilson family until Andrew Mills acquired the company in 1980.

In January 2004 British Bakeries announced that it would close the Ormeau Bakery in Belfast and transfer production to its Mother’s Pride site on the Apollo Road. Production at the Ormeau Road site stopped in the spring of 2004 after more than 100 years. (How the Bakery appeared in November 2005) 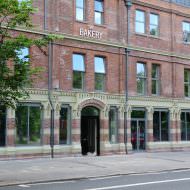 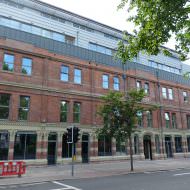 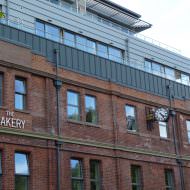 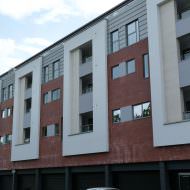