The Kelvin is a 37,000ft2 five storey office building at College Square East and Wellington Street.

The site was first developed in the 1820s as a terrace of four storey residential properties. Scientist Lord Kelvin (William Thomson) was born at no.17 College Square East. The property was later converted into a cinema and opened as the Kelvin Picture Palace in December 1910. The cinema changed names and owners on a number of occasions; Kelvin Picture House (1934), Kelvin Cinema (1939), New Kelvin Cinema (1943), Mayfair (1946), Belfast News & Cartoon Cinema (1959), The Classic (1969). The cinema closed permanently following substantial bomb damage on 31 December 1971. The adjacent Kensington Hotel, operating since at least 1948, was also damaged and closed permanently.

The 19th century terrace was demolished during 1972 and a new five storey office building was proposed for the site (planning ref: Z/1979/0981). The replacement building was designed by Barrie Todd and built by McLaughlin & Harvey between 1980 – 1982. A bomb explosion at Upper Queen Street on 22 August 1981 caused substantial damage to the building during construction.

The building was known as Stokes House (reference to Robert and Sydney Stokes who established Stokes Brothers; the beginnings of KPMG Ireland) until KPMG relocated to The Soloist in 2017. The building remained vacant throughout 2018.

J&E Properties Ltd submitted a planning application (LA04/2018/2860/F) in November 2018 proposing to refurbish the building and replace the facades at College Square East and Wellington Street. The application was approved in July 2019.

McCormack Demolition completed the internal soft strip of the building during summer 2019.

J&E Properties Ltd submitted a planning application (LA04/2019/2161/F) in September 2019 proposing a five storey extension over the car park to the rear of the building.

The redeveloped building will be known as The Kelvin and will comprise up to 37,000ft2 of office accommodation when completed in late 2020. 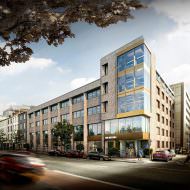 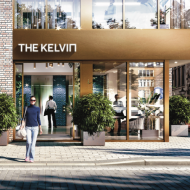 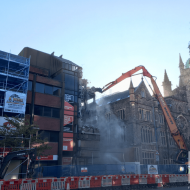 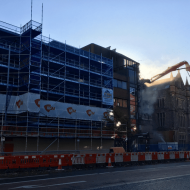 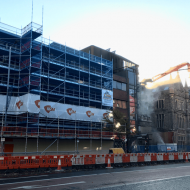 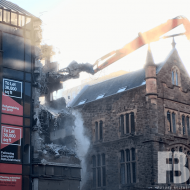 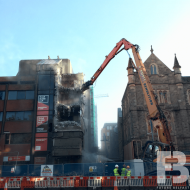 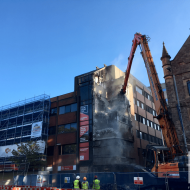 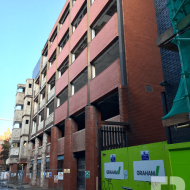 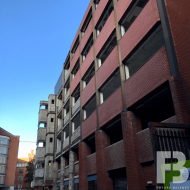 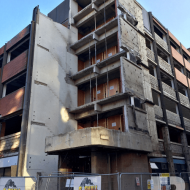 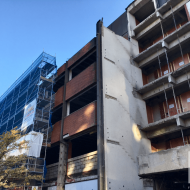 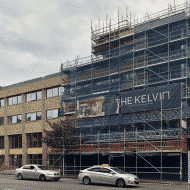 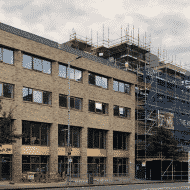 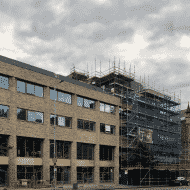 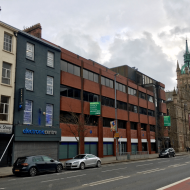 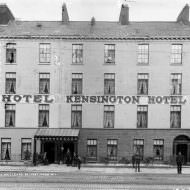 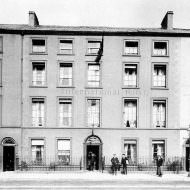 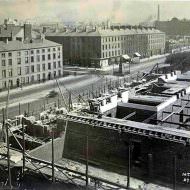 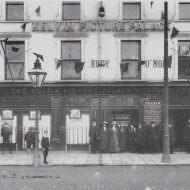 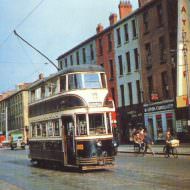 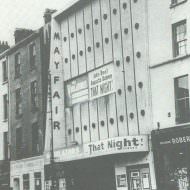 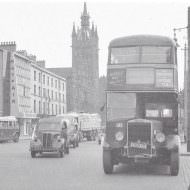