It is documented that in 1900 the building comprised two shop units at ground level, eight showrooms between the first and second floor and six storerooms above. J. C. Mayrs & Co. Ltd occupied the building until 1929. The Belfast Gazette records that on the 6th August 1929, after a meeting of the management, it was decided to place J. C. Mayrs & Co. Ltd. into voluntary liquidation.

At some stage between 1930 – 1935 the building was acquired by Sinclair & Co. drapers as additional retail and showroom space, alongside their main department store building at 89 – 101 Royal Avenue. Sinclair & Co. continued to occupy the building until closing in 1971.

The upper floors were converted to office use in the 1970s and in the 1980s the ground floor retail space was sub-divided.

Rea’s Electrical Store occupied the ground floor unit at no. 7-9 Lower Garfield Street from c1990 until c2008. The offices on the upper floors have been vacant since 2013 when the last remaining tenant, the NI Housing Executive, relocated. 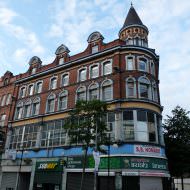 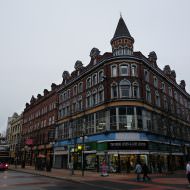 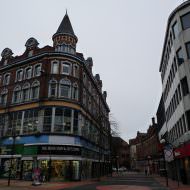 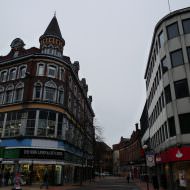 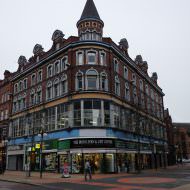 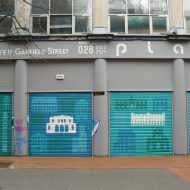 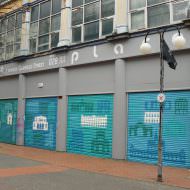