Following a number of years vacant the former ground floor bank unit between Royal Avenue and North Street was leased to Tesco until 2033 at a rent of c£56,000 per annum. A planning application (Z/2013/1308/F) for change of use and alterations to the building was submitted by Tesco in November 2013 and approved, following amendments, in May 2014. Fit-out of the Tesco Express store commenced in September 2014 and the store opened in November 2014. The unit let to Tesco was auctioned in October 2013 with a guide price of £750,000 – £800,000.

A planning application (Z/2015/0029/LBC) submitted in January 2015 proposed an amended shop front for a Caffe Nero coffee shop at the corner unit fronting onto the Royal Avenue / North Street junction. Fit-out of the unit for Caffe Nero commenced in June 2015.

A planning application (LA04/2015/0685/F) submitted by Cathedral Living Group Ltd and Robinson McIlwaine Architects in June 2015 proposes alteration, extension (additional floor) and change of use to upper floors of the building to provide student apartments. A recommendation to approve the application was issued in May 2017. 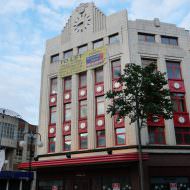 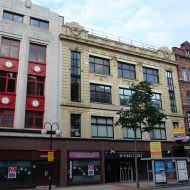 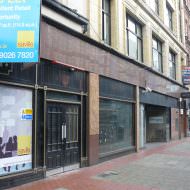 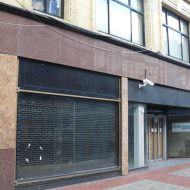 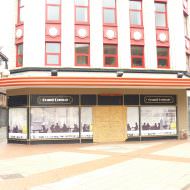 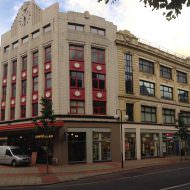