The six storey Scottish Mutual Building (originally known as the Scottish Temperance Building) was designed by Henry Seaver and built by James Henry & Sons between 1902 – 1904 for the Scottish Temperance Assurance Company at a cost of £40,000. It replaced a three storey linen warehouse (c1850) which was the first commercial building to have been built on what was known formerly as ‘McClean’s Fields’.

The Grade B1 listed building was sold in 2007 for a reported c.£10m to the Jermon Group. In late 2011 NAMA took control of the building and in early 2013 the building was put on the market by agents CBRE with an asking price of £1.75m. At this time the agent reported that the building produced a gross income of approximately £186,113 per annum.

In May 2013 the Hill family (Galgorm Resort) acquired the building for £2m with intentions of investing £12m to develop a hotel. A new company, Bedford Hotel Ltd, was registered by the Hill family and in June 2013 it was announced that the hotel would be known as ‘The Mutual’. The proposal comprised 40 hotel bedrooms and 10 serviced apartments on the upper three floors and two bars and two restaurants on the ground and first floor. A planning application (Z/2013/1300/F) to convert the building to hotel use was submitted in November 2013 and approved in March 2014.

Signature Living submitted a planning application (LA04/2017/2745/F) in December 2017 proposing to convert the building to create a 63no. bed hotel with associated function space, bars and restaurants. The application was approved in March 2020. 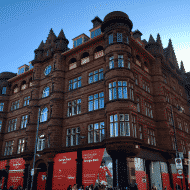 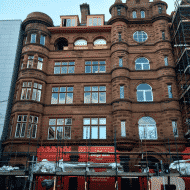 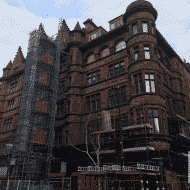 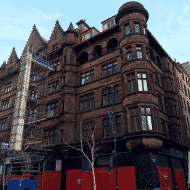 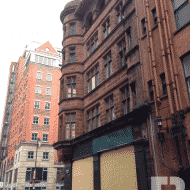 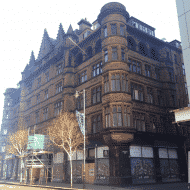 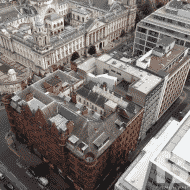