A four storey building at the corner of Arthur Street and Castle Lane built in the early 1960s for the Leeds Permanent Building Society. The building was re-clad by Consarc Partnership in 1988.

The current building replaced the Theatre Royal (1871 – 1961), which itself replaced a red brick theatre building dating from 1793. The four storey Theatre Royal was designed by Charles Sherry for J.F. Warden and built by Thomas McKeown at a cost of £13,000. Charles Sherry died before completion so Lanyon Lynn & Lanyon, with assistance from S.P. Close, supervised completion of the works which included sculptural carvings by Thomas Fitzpatrick depicting various writers and actors. The theatre opened on 25th September 1871. A fire on 8th June 1881 closed the theatre until refurbishment work supervised by Architect C.J. Phipps was completed in December 1881. The building’s interior was remodelled in 1915 by Bertie Crewe and became the Royal Cinema. The building was demolished in 1961 and replaced by the current four storey commercial building.

Deramore Property Group submitted two planning applications in 2009 proposing to redevelop the existing building. The first application (Z/2009/0502/F), submitted April 2009 and approved February 2010, proposed to demolish and replace with a 5-storey building comprising basement, ground floor and 1st floor retail and 2nd, 3rd and 4th floor office space. The second application (Z/2009/0730/F), submitted June 2009 and approved December 2009, proposed to refurbish the existing building (including new elevations) to provide retail at ground and first floor with office over. Neither of the two schemes progressed.

Alterity Investments and Milligan Reside Larkin Architects submitted a planning application (Z/2015/0009/F) in December 2015 proposing to amalgamate two units at 4 – 6 Castle Lane into one unit and extend the shopfronts. The application was approved May 2015. A further planning application (LA04/2015/0623/F) was submitted by Alterity Investments and Pragma Planning in June 2015 proposing to change the use of 4 – 6 Castle Lane from retail to restaurant. The application was approved in January 2016. Wheatcross Construction began work in January 2016 to amalgamate the units and and extend the shop frontage. The unit was let to Greggs which opened across the ground and first floor in September 2016.

Alterity Investments and Milligan Reside Larkin Architects submitted a planning application (LA04/2016/1079/F) in May 2016 proposing to amalgamate two units at 8 – 10 Castle Lane into one unit and extend the shopfronts. The application was approved in September 2016.

Smiggle is due to open at 8 Castle Lane during autumn 2017. 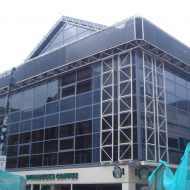 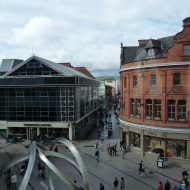 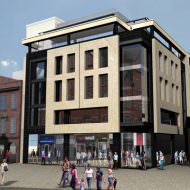 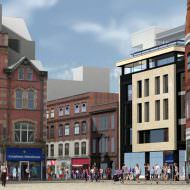 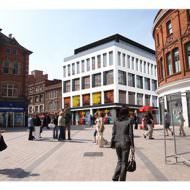 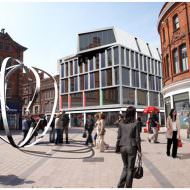 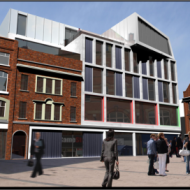