Previously this site was occupied by a four-storey linen warehouse (1877 – c1965) designed by John Lanyon for James & Robert Young.

A planning application (Z/2014/0634/F) submitted in May 2014 by OBC Development Company and Coogan & Co Architects proposed an infill extension to the rear of the building comprising additional office space front first to fifth floor. The application was approved in November 2014.

The building was placed on the market in 2015 by Osborne King with offers invited in excess of £2.25m. The building sold in 2016 for an undisclosed sum to EML Lesley House Ltd.

A planning application (LA04/2017/0379/F) submitted in February 2017 by White Ink Architects proposes a single storey rear extension and elevation changes. The application was approved in July 2017.

EML Lesley House Ltd submitted a planning application (LA04/2017/2712/F) in November 2017 proposing to change the use of the ground floor from a retail unit to coffee shop.

Starbucks Coffee opened at the ground floor in November 2018.

Tech firms CYTI and Firemelon agreed to lease the fourth and fifth floors. during 2019. 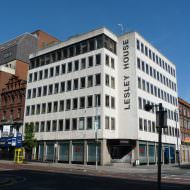 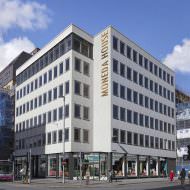 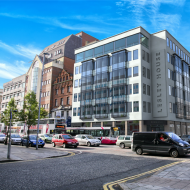