In February 1999 the Court Service signed a 25 year agreement with Consul Services Ltd (a partnership between Turkington Construction and Karl Group) to design, finance, construct and operate the complex. This was among the first major PPP schemes to be completed in Northern Ireland and the first PPP courts’ project completed in the United Kingdom.

The new building was designated ‘Building of the Year’ for 2002 by the Royal Society of Ulster Architects. 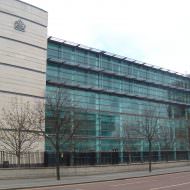 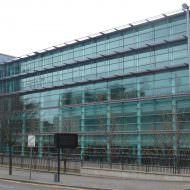