A six-storey hotel building comprising 190 bedrooms. The £9.4m development opened in April 1997 and received £2.5m of support from the Northern Ireland Tourist Board.

The site was previously occupied by a cinema building designed by Leslie Kemp and built 1935 – 1936 for Union Cinemas. The cinema was opened as The Ritz Cinema on November 9th 1936 when 2,219 attended a screening of The Queen of Hearts. Union Cinemas was acquired by the ABC Group in 1963 and the cinema was renamed The ABC Belfast. The building was substantially damaged by an incendiary bomb attack on September 22nd 1977. Following repairs the ABC Group reopened the cinema as a four-screen multiplex in June 1981. The four screens seated 550, 444, 281 and 215 people. The ABC Group was acquired by Cannon Group in 1986 and the cinema was renamed The Cannon. The cinema closed on July 1st 1993 and the building was subsequently demolished to make way for the current hotel building completed in 1997 for Jurys Inn.

Edgewater Contracts completed a £2m internal refurbishment of the existing hotel in November 2017.
McAleer & Rushe began construction of the 80-bedroom extension during February 2018 and completed during January 2019.
The £9.1m refurbishment and extension project was fully completed by February 2019. The Jurys Inn hotel now comprises 270 bedrooms. 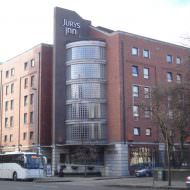 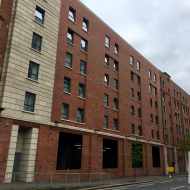 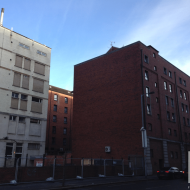 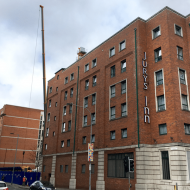 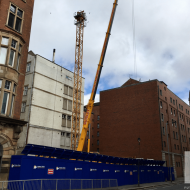 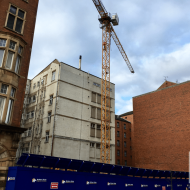 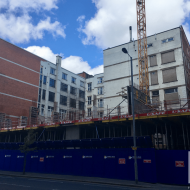