Killultagh Estates acquired the building from John Frazer (Properties) Ltd in May 2000.

Killultagh Estates and VWP Architects Ltd submitted a planning application (Z/2007/2403/F) in October 2007 proposing to demolish the existing building, retain the listed facade, and develop a 6 – 7 storey building with ground floor retail and 77no. apartments above. The application was withdrawn in May 2008.

Killultagh control the Haymarket Arcade building at 76-88 Royal Avenue and the buildings at 2-20 Gresham Street.

The Hudson Bar opened at 10-12 Gresham Street (previously known as Dubarrys) in September 2011. The Hudson was renamed Peaky Blinders during March 2018 but reverted to the Hudson Bar named in March 2019.

Killultagh Estates submitted a planning application (LA04/2019/1777/F) in July 2019 proposing to refurbish the Haymarket Courtyard including a new replacement commercial unit and development of a four storey building at the vacant Gresham Street ‘gap-site’ adjacent the Haymarket building comprising 2no. ground floor commercial units and 6no. apartments above. The application was approved in March 2021.

George Ltd submitted a planning application (LA04/2022/0559/F) in March 2022 proposing to amalgamate and change the use of the ground and first floors to form an extension to the existing public house and restaurant. The application also proposes external alterations to the building and provision of new outdoor seating areas/terraces. 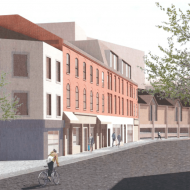 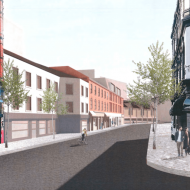 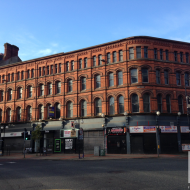 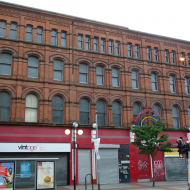 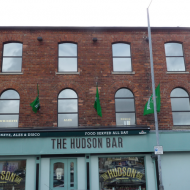 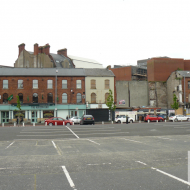