The Garfield Buildings; 2-14 Lower Garfield Street and 56-60 North Street was designed by Graeme-Watt & Tulloch for Mr. John Donnelly (a publican who had established the Deer’s Head public house at 68-76 North Street). The three story red brick building was built 1895-1896 with ground floor retail units and public halls above.

No.8 was occupied by the Tivoli barber shop from 1912 until 2013 when the poor condition of the building resulted in the business relocating to North Street.

No.10 was occupied by a number of businesses until Mr John Bell established an opticians and photography studio c1918. Bell continued to trade from no.10 until the 1970s.

Avenue Hall 2 occupied the upper floors at 14 Lower Garfield Street. The smaller Avenue Hall 2 was converted by Mr. John Smith c1910 to become the Palace Billiard Hall. Sinclair’s Department Store acquired the billiards hall during the 1950s for use as storage space until the department store closed in 1972.

William Ewart Properties Limited, as part of Dunloe Ewart (NI) plc, acquired the building from the Trustees of the Donnelly Estate in April 1997. The property transferred to a related company, Dunloe Ewart (Cathedral Way) Ltd, in August 2000.

Refurbishment of the Lower Garfield Street buildings was proposed within the Cathedral Way planning application submitted in 2000 although the scheme was not progressed.

The building now comprises part of the first phase of the mixed-use redevelopment project previously known as Royal Exchange.

Castlebrooke Investments propose to refurbish the building to provide 2no. cafe/restaurant units and 3no. retail units. A new 5-6 storey extension to the rear will comprise 6no. retail units fronting onto a new street connecting Royal Avenue and North Street and 24no. apartments will occupy the the upper floors of the refurbished building and new-build extension.

Archaeological excavations took place on the site of the proposed extension during August and September 2017.

FK Lowry Piling undertook piling works to the rear during October and November 2017.

PG Ltd submitted a listed building application (LA04/2018/2242/LBC) in September 2018 proposing amendments to the previously approved elevations and internal arrangements. The application was approved in January 2019.

Castlebrooke Investments announced the name of the development in October 2018. ‘Garfield & North’ will comprise 24no. apartments over ground floor retail and cafe units. 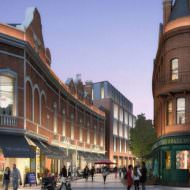 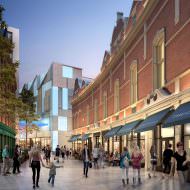 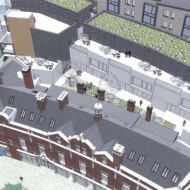 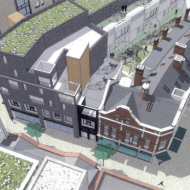 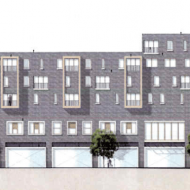 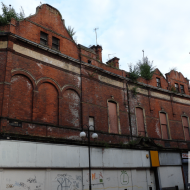 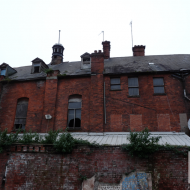 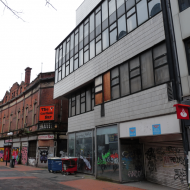 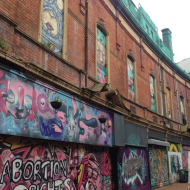 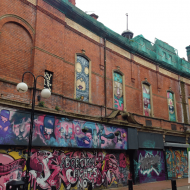 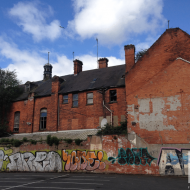 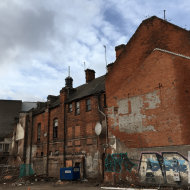 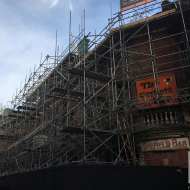