A five storey red-brick warehouse building designed by Young & Mackenzie. Built by Robert Corry at a cost of c£6,200 between 1906-1907 for McBride & Williams, cotton handkerchief manufacturers (as an extension of their original premises at 17 Ormeau Avenue which was also designed by Young & Mackenzie; built 1890 by W. McCammond & Son). PRONI documents indicate that the Quantity Surveyor overseeing construction was W.H. Stephens & Sons and the building’s steel structure was supplied from Glengarnock Steel Works in Scotland.

McBride & Williams Ltd collapsed in 1931 although was later revived under new ownership as McBride & Williams (1933) Ltd. The firm no longer operated from Adelaide Street but continued at 17 Ormeau Avenue until the 1960s. During much of the 20th century the Adelaide Street building was leased to a number of linen companies. Street directories indicate that between 1943 – 1960 the building was occupied by Edwin Stevenson & Co. Ltd (linen manufacturers), Henry Cooke Ltd (handkerchief manufacturers) and James Murphy (Belfast) Ltd (linen and pillow case makers).

Killultagh Properties acquired the building in the late 1990s and initially proposed to redevelop the site, including the adjacent land at 61-81 Adelaide Street, for a residential development comprising 94no. apartments. The planning application was withdrawn shortly after submission in 1998 (Z/1998/2621). Killultagh developed the adjacent site at 61-81 Adelaide Street as Margarita Plaza.

Straidorn Properties acquired 83-91 Adelaide Street during late 2016 and submitted a planning application (LA04/2016/2314/F) with GMR Architects proposing elevation alterations and a five storey extension to the rear of the building. The application was approved in May 2017.

Construction work to refurbish the building commenced late 2016. On completion in autumn 2017 the building will comprise 30,000ft2 of Grade A office space. Colliers are acting as letting agent for the refurbished building.

Metaswitch will relocate to the Flax House, occupying one floor (5,500ft2). 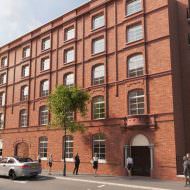 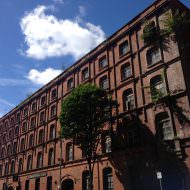