The site was previously occupied by a post-war two-storey building trading as Stanley Harvey & Co. Ltd motor engineers and agents since at least 1950. Stanley Harvey’s were the Rolls-Royce distributer in Belfast from at least the 1960s until the 1980s.

The site was acquired by Ovolo Ltd from Bavarian Garages (NI) Ltd in February 1989.

The building was converted into a ten-pin bowling alley in 1988/89. The Superbowl complex continued trading as a bowling alley with amusement arcade and associated bar until the late 1990s.

A planning application (Z/1999/2170) submitted in February 1999 proposed to develop a seven storey building comprising 62no. basement car parking spaces, ground floor licensed premises / ten pin bowling and office accommodation on the upper floors. The application was approved although development did not proceed.

John Tinnelly and Sons commenced demolition of the Superbowl ten pin bowling complex during early 2007. Construction of the hotel and office building commenced late summer 2007 and completed in November 2008.

The hotel is occupied by a 145 bedroom Radisson Park Inn Hotel that opened on 15 December 2008. 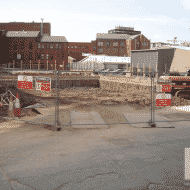 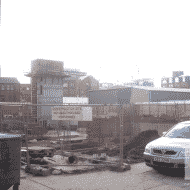 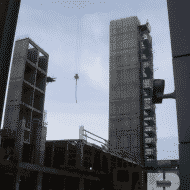 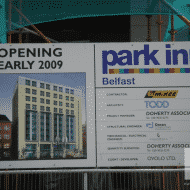 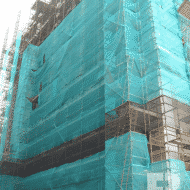 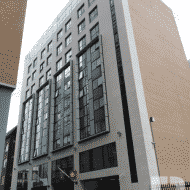 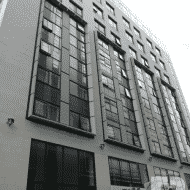