A three-storey terrace, with basements, built c1830 for residential use and converted to commercial premises later in the 19th century.

No. 18 was B1 listed (HB26/50/172 A) in 1986. The property was occupied as a private residence from construction (c1830) until conversion to commercial premises c1870. It was occupied by Alexander Patterson & Co. until c1890 when the building was acquired by the Young Women’s Christian Association (YWCA). Architect James Philips and J. Lowry & Son contractors reconstructed the building at a cost of £1,345, to provide a meeting / lecture hall for the YWCA. The hall was located on the first floor and is reported to have provided capacity for up to 300 people. The YWCA continued to occupy the premises until the mid-20th century.

No. 19 was also B1 listed (HB26/50/172B) in 1986. Built c1830 and in use as private residence until conversion to a hotel in 1880 (The Union Hotel). The hotel operated until 1892 when the business closed and the property was acquired by the Young Men’s Christian Association (YMCA). The three-storey red-brick extension at no.2 May Street was added c1920.

The property (nos. 18 – 20 Donegall Square East) was owned by Property Warehousing Ltd since at least 1985 until transferring to Clarence Properties Ltd in October 1997. The property was then sold for £5.5m at a property action organised by Osborne King in October 2006.

The design team comprises LAM Architects, Bruce Shaw, Albert Fry Associates and IN2 Engineering. The completed building is to be known as The Shipmaker’s House. 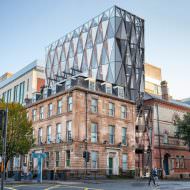 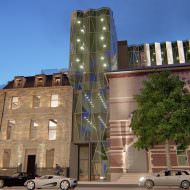 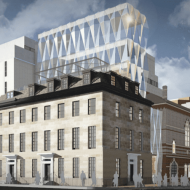 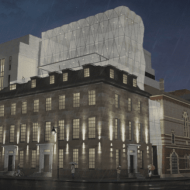 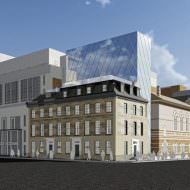 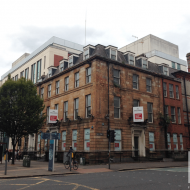 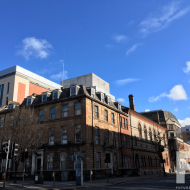