The building was developed in two phases (Ref: Z/1975/0126). The first section, fronting Chichester Street is five-storeys built 1976 – 1977. The second phase, built in the early 1990s, is eight-storeys extending along Victoria Street to Gloucester Street.

SP Properties and Povall Worthington Architects submitted a planning application (Z/2006/2137/F) in September 2006 proposing to extend the ground floor entrance lobby. The application was approved in November 2006 and during 2007 a the communal areas throughout the building were refurbished. The building was then reportedly sold later in 2007 for c£20m.

Colliers placed the building on the market in December 2013 seeking offers over £4.6m, however it was removed from the open market in early 2014 as a result of the sale of NAMA’s NI loan portfolio (including Centre House) to Cerberus Capital Management.

Kilmona Holdings submitted a planning application (LA04/2016/0581/F) in 2016 proposing to extend the existing building in phases to provide an additional c17,500ft2 of office accommodation. The application was approved in January 2017.

Causeway Asset Management invested £3m into Centre House in 2018 to create an initial 80 co-working desks under the StepSpace brand.

Kilmona Property submitted a planning application (LA04/2019/0582/F) in March 2019 proposing to alter the building’s elevations and extend the fifth and eighth floors. 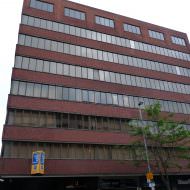 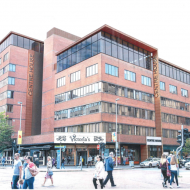 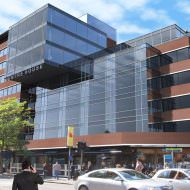 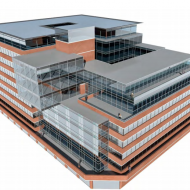 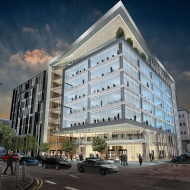