CastleCourt Shopping Centre was designed by BDP and Ostick & Williams for developer John Laing. The £60m development was built by John Laing Construction between 1988 – 1990 and comprises 340,000ft2 of lettable space and a 1,600 multi-storey car-park.

Plans for CastleCourt were initially approved in 1985 and in the same year the former Grand Central Hotel (12-26 Royal Avenue) was demolished and the site prepared for development. The remaining land not owned by developer John Laing was acquired through vesting orders issued by government during 1986. Construction on the 8.4 acre site began in 1988 following the approval of a £10m Urban Development Grant from the Department of the Environment (DoE). The DoE also committed a further £5m to public realm works in the Royal Avenue and Millfield area.

CastleCourt developer John Laing sold the shopping centre in 1994 for an estimated £80.5m to a property investment company called MEPC.

MEPC UK Ltd and John Laing Property Ltd released details in 1999 of a proposed extension to CastleCourt within land bound by Millfield, North Street and Winetavern Street, and including Smithfield Market. The proposed extension included additional retail units, a department store and 1,423 extra parking spaces, amounting to an investment of approximately £200m.

Australian shopping centre group Westfield acquired a share of CastleCourt alongside MEPC in 2000.

A planning application (Z/2002/0572/F) submitted in March 2002 proposed an extension of CastleCourt within lands bound by Millfield, North Street and Royal Avenue comprising an additional 410,000ft2 of retail space, a second anchor department store, leisure units (30,800ft2), restaurant units (8,000ft2) and 1,423 additional parking spaces. The application was withdrawn by the applicant in January 2008.

In 2007 it was reported that Hermes attempted to sell its 50% stake in CastleCourt to Ewart Properties. In 2009 CastleCourt was put on the market with an estimated value of £350m although no sale completed.

Two years later in June 2011 the complex was again offered for sale by joint owners Westfield and Hermes. The market value in 2011 had decreased to approximately £170m. Documents released in 2011 noted that the centre comprised 350,000ft2 of retail space and generated rent of approximately £13m per year. It was reported that a bid by Land Securities and another bid from a joint venture between private equity company Blackstone and investors Catalyst Capital were both rejected by the owners of CastleCourt. Both bids were reportedly around £140m.

Joint owner of CastleCourt, Hermes Real Estate, took full control of the centre during early 2012 by acquiring Westfield’s share. The buy-out was part of a £400m deal that included two other shopping centres in England. The price paid by Hermes to acquire Westfield’s 33% share of Castle Court was not reported.

In October 2021 Omniplex Cinema Group announced plans to open a nine-screen cinema with licenced bar in the former Debenhams units. Subject to planning permission the cinema is expected to open by Christmas 2022. 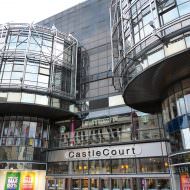 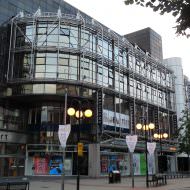 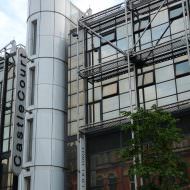 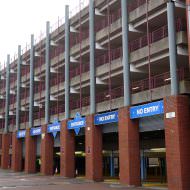