20 – 22 Castle Place is a four storey red brick building designed by Thomas Jackson for Messrs Cantrell in 1866. Dr Cantrell operated an apothecary and chemist business (The Ulster Medical Hall) from the building until c1877. The building was then acquired by Davidson & Leslie, pharmaceutical chemists (later Davidson & Hardy) who operated from the building until 1958. The ground floor shop unit was acquired by Wallis’s clothing store in 1958 to expand their existing store at no.18 Castle Place. The ground floor of no.18 and nos.20-22 were amalgamated into one unit. At the same time the original gothic shop frontage was removed.

Lambert Smith Hampton placed 8 Castle Place on the market in May 2016 with offers invited in the region of £400,000. This section comprises a ground floor retail unit (500m2) and an additional 550m2 over first, second and third floors. The unit was previously occupied by clothing retailed East until the company was placed into administration and closed in June 2015.

A planning application (LA04/2016/2542/F) submitted in November 2016 by Kirk Bryson Ltd proposed to change the use of no.8 Castle Place from retail to hot food/restaurant. The application was approved in April 2017.

Merset Properties acquired 10 – 20 Castle Place in May 2004 for £7.7m. Merset appointed WDR & RT Taggart to oversee the refurbishment of the facade and an extension to the rear in 2005. Mothercare opened a store at 10 – 16 Castle Place in autumn 2005. The unit comprises 2,800 ft2 of retail space at ground floor, 2,600 ft2 at first floor and 2,500 ft2 of storage space at second floor. The building was later acquired by Jermon Developments. Jermon Developments was placed into administration at the start of 2011.

Alterity Investments acquired 10-16 Castle Place during summer 2018. Alterity and Insideout Architects submitted a planning application (LA04/2019/0406/LBC) in February 2019 proposing to change the ground and first floor use to financial services (A2) and convert the upper floors into 6no. apartments.

Alterity Investments submitted a planning application (LA04/2019/0405/F) in February 2019 proposing to change the ground and first floor use from retail to financial services A2 and convert the second and third floor to 6no. apartments. The application was approved in January 2020.

Alterity Investments submitted a planning application (LA04/2021/0052/F) in December 2020 proposing to convert the first floor from retail to 3no. one bedroom apartments.

Alterity Investments submitted a planning application (LA04/2021/1825/F) in July 2021 proposing to sub-divide the existing ground floor retail unit into 1no. cafe unit and 1no. retail unit.

DCM Contracts commenced work to convert the upper floors to residential use in November 2021.

The unit at 18 – 22 is an amalgamation of part of the Castle Buildings and part of the neighbouring building at 20 – 22 Castle Place.

MBCC Foods (Ireland) Ltd and McCarter Hamill Architects submitted a planning application (LA04/2016/1835/F) in August 2016 proposing a ground and first floor Costa Coffee outlet and 2no. apartments at second and third floor at 18-22 Castle Place. The application was approved in April 2017.

18-22 Castle Place was refurbished between June – October 2017. Costa Coffee opened at the ground and first floor during November 2017. 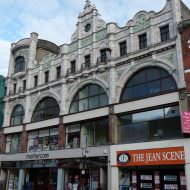 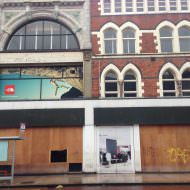 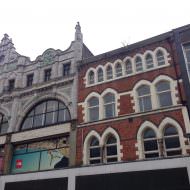 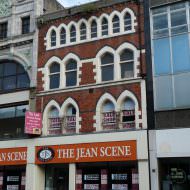 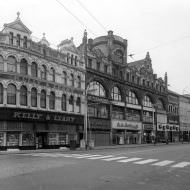 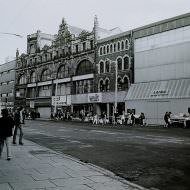 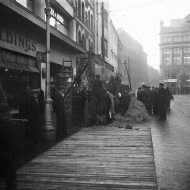