Callender Buildings was built as a three storey red-brick building during the 1950s and extended and refurbished during 2016-17.

A 2/3 storey bonded warehouse was built on the site in the late 1840s. Peter Keegan & Co. Ltd., distillers, rectifiers, wholesale wine and spirit merchants owned and occupied the building until the building was destroyed in the April 1941 Blitz and the company wound up in July 1941. Peter’s brother James also owned a distillery at nearby Arthur Place during the 1800s and for much of the early 1800s the brothers operated a joint business at High Street.

The site remained vacant from 1941 until the 1950s when a three storey red brick building was built.

During 2009 Scandown Ltd and Coogan & Co Architects proposed to demolish and replace with a nine-storey building comprising ground and first floor retail and office accommodation above. The application was amended to reduce the proposed building to five-storeys and was approved in August 2010 (Z/2009/0673/F). The proposed scheme was not progressed.

The property was placed on the market in February 2014 and was later acquired by Alterity Investments.

Secure Broadcast relocated from Royal Avenue to occupy the upper floor office accommodation from December 2017 on a five year lease.

The ground floor commercial units are currently being fitted out (Aug 2018). 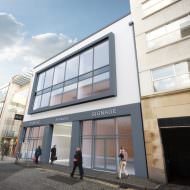 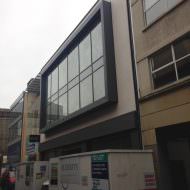 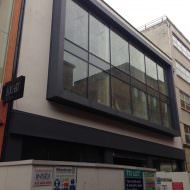 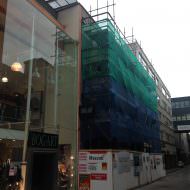 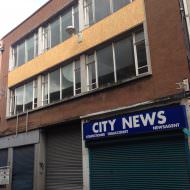 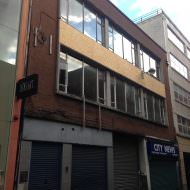