5 – 33 Hill Street comprises two interconnected buildings. 5 – 23 Hill Street was built 1896 – 1897 at a cost of £1,718. It was leased to Old Bushmills Distillery Co. Ltd by a Captain Samuel B. Hamilton from Co. Wexford. Bushmills continued to occupy the building until 1959. The warehouse is a two-storey stucco building with arcaded ground floor windows and former carriageway entrances. The building lay vacant until it was refurbished and extended in 1990. The four-storey brick and glazed extension (25 – 33) was designed by Barrie Todd Architects. The Historic Monuments and Buildings Branch of DoE occupied the original whiskey warehouse, and modern extension, from July 1990 until summer 2015. The former whiskey warehouse at 5 – 23 Hill Street was grade B listed in January 1982 (HB26/50/156).

A number of planning applications were submitted by Commercial Court Inns Ltd and Barrie Todd Architect in July 2016:

– LA04/2016/1376/F – Change of use of 21a Gordon Street (rear of 5-23 Hill Street) from office to arts and crafts workshop and retail unit; including alterations to the elevations.

All three applications were approved between November 2016 – February 2017.

Merex Construction commenced work in April 2017 with phased completion of the project planned for 2018.

A further report by the Irish News in May 2018 provided more detail about the £3.5m development. The completed complex will include a micro-brewery and a cookery school by Niall McKenna. The scheme will also include the a new connection between Hill Street and Gordon Street – Half Bap Lane. The new link will comprise whinstone sets and paving slabs with catenary lighting suspended above. A floodlit sculpture will be installed as part of Half Bap Lane. 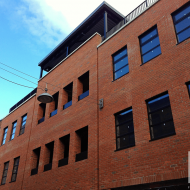 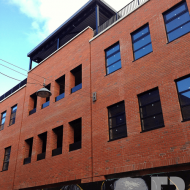 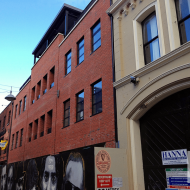 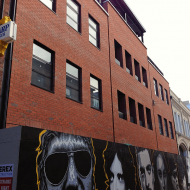 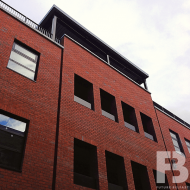 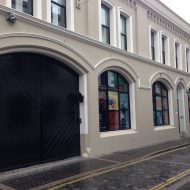 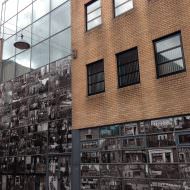 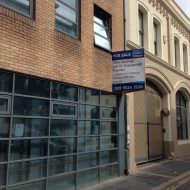 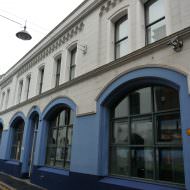