40 Linenhall Street is currently a six-storey, 14 bay linen warehouse building dating 1900 – 1902 by Young & Mackenzie. It is constructed in red facing brick with a sandstone plinth and central doorcase. The initials “M&S” can be seen over the main door after the linen manufactures Murphy and Stevenson for which the warehouse was constructed.

In 2011 Kinler Properties (a joint venture by John Curran of Dungannon and Kieran Haughey of Cookstown) submitted a planning application proposing to add a 10 storey extension to the rear of the existing building, four additional floors on top of the current building, and an 11 storey building on vacant land adjacent the existing building (corner of Linenhall Street and Ormeau Avenue).

The Owners Committee of Margarita Plaza (81 Adelaide Street) located behind the proposed development objected to the application due to “loss of sun and daylight [and] loss of privacy.”

The landlord of the adjacent building Linenhall Plaza (32 – 38 Linenhall Street) objected to the proposed development based on loss of light to the rear of the building.

Belfast Civic Trust submitted a letter of objection on the “basis of height and because it is inappropriate in a conservation area.”

NIEA:HBU considered the proposal “to be contrary to BH11 of PPS6 by virtue of its scale and massing”

An amended application was submitted in 2014 proposing two additional storeys (at 4m set back) and one additional storey (at 6.6m set back) above the existing building, a 6 storey rear extension with glazed atrium, and a 9 storey office building on adjacent vacant land at the corner of Linenhall Street and Ormeau Avenue.

DoE Planning issued a recommendation to approve the amended proposal in November 2014. Permission was formally granted on 12 January 2015. 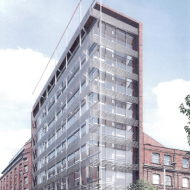 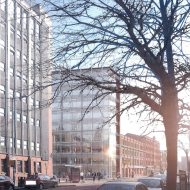 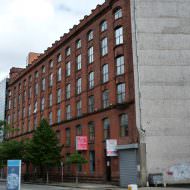 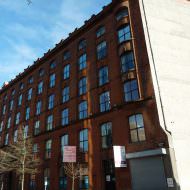 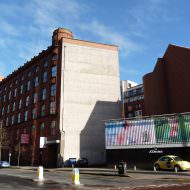