A three storey building fronting Curtis Street, with two storey rear section along Coars Lane. Built 1960 – 1961 for the Salvation Army and later occupied by the Calvary Christian Centre until early 2013.

A planning application (Z/1997/2570) submitted in July 1997, and later approved, permitted change of use of the  salvation army hall, bedsits and offices to office accommodation, including alterations and extension to the building.

A planning application (Z/2013/0846/F) submitted in July 2013 by The Uprichards Special Fund proposed to change the use of the ground and first floor from ecclesiastical use to cafe / restaurant use. The application was approved in February 2014.

GVA let the building in November 2016.

A planning application (LA04/2016/2433/F) submitted in November 2016 proposes refurbishment of the building frontage onto Curtis Street. The application was approved in February 2017.

A cafe opened within the ground floor of the building in March 2017. 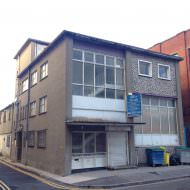 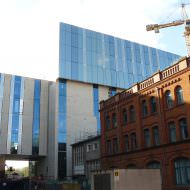 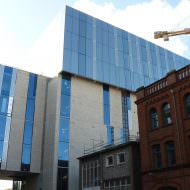 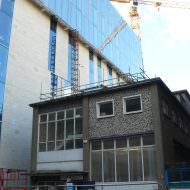 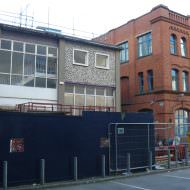