Waring Street Ltd (part of the Propiteer group of companies) submitted a planning application (LA04/2021/0859/F) in March 2021 proposing to develop a 164 bedroom hotel at 41-51 Waring Street and 21-23 Victoria Street. The scheme comprises the retention of existing buildings with minor alterations to facades and erection of a three storey extension. The application also proposes a ground floor bar/ restaurant, meeting rooms, fitness centre and roof top bar. The proposed hotel is to be operated as a Moxy by Marriott Hotel (part of the Marriott Hotel Group).

The application is scheduled to be considered at the 14th June 2022 meeting of the Belfast Planning Committee.

45-51 Waring Street and 21-23 Victoria Street is a four storey brick warehouse building designed by Blackwood & Jury for Namosa Ltd in 1959. Tea packaging operations relocated to England in 2008 and in the same year the former Nambarrie building was placed on the market with offers invited in the region of £2.25m.

The building was acquired by Village Homes (NI) Ltd for a reported £1.2m during early 2011. Village Homes and Povall Worthington Architects submitted a planning application (Z/2011/0486/F) in 2011 proposing a 7-storey residential building comprising 56no. apartments and a roof-top garden over 2no. ground floor commercial units. The application was approved in November 2013.

Lambert Smith Hampton placed the building on the market in March 2018 with offers invited in the region of £2.2m. The building sold for c.£2.5m in July 2018.

The Diamond Group of Companies submitted a planning application (Z/1998/2722) in September 1998 proposing a four storey development comprising ground floor public house, night club on upper floors and basement storage. The application was refused in February 1999 but later allowed at appeal (1999/A124).

The Diamond Group of Companies submitted further planning applications in March 1999 (Z/1999/2256) and April 2000 (Z/2000/0986/F) for office redevelopment with facade retention. Both application were approved in September 1999 and June 2001 respectively.

The building was redeveloped (including facade retention) for office use during 2001 – 2002.

The Department of Justice leased the four upper floors on a ten year lease from December 2013. 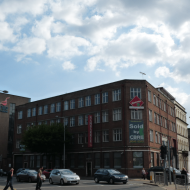 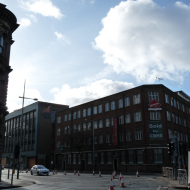 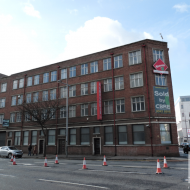 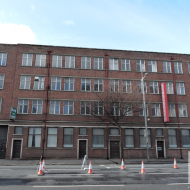 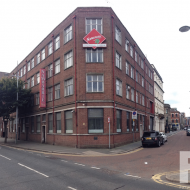 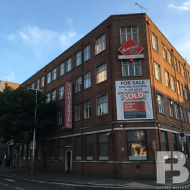 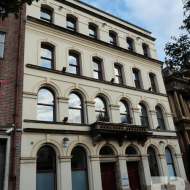 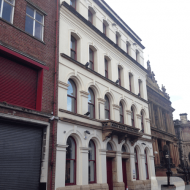 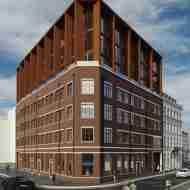 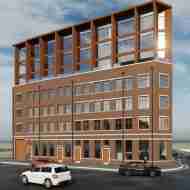 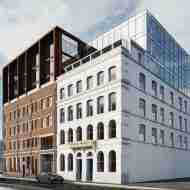 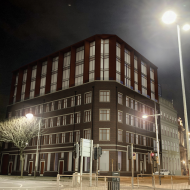 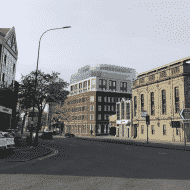 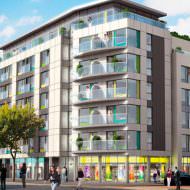 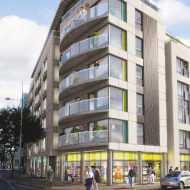