Barnabas Ventures Ltd and Box Architects submitted a planning application (Z/2004/0880/F) in May 2004 proposing a mixed use development comprising the refurbishment of an existing warehouse building at nos.27-37 Talbot St and construction of two new buildings at nos.17-25 Talbot St and 54 Hill St to provide ground floor retail and office accommodation above. The application was approved in August 2005.

A planning application (Z/2005/2450/F) submitted by Barnabas Ventures Ltd and Campbell Architects in November 2005 proposed to convert the existing warehouse building at nos.27-37 Talbot St to provide 33no. apartments over ground floor commercial units. The application was approved in February 2006.

This element of the scheme comprises a new-build five storey office building with 2no. ground floor commercial units.

The NI War Memorial Exhibition relocated from Waring Street to one of the ground floor units in 2007. The other unit is occupied by Made In Belfast restaurant.

The upper four floors received a £500,000 fit-out (designed by RMI Architects) and opened in June 2008 as the Midtown Business Centre; providing shared office and meeting accommodation for businesses.

Barnabas Ventures Ltd was placed into administration in June 2014. The Midtown Business Centre was placed on the market with a guide price of £1.25m and sold for £1.41m in August 2015.

This element of the scheme comprised refurbishment of a 19,000ft2 four storey red-brick warehouse (c1900), and construction of a new six storey extension, to provide 33no. apartments for social rent over 3no. ground floor commercial units. This element of the scheme was acquired by BIH Housing Association, now Helm Housing, and is known as Coopers Court. Harry Rolston Architect oversaw the internal fit-out of the apartments.

The former warehouse building at now.27-37 Talbot Street was built c1900 as a bonded store for Young, King & Co., distillers. The company relocated in 1924 and the building was occupied by various offices throughout the remainder of the 20th century. The building was B1 listed in January 1990 although later de-listed in 2015 (ref: HB26/50/193). 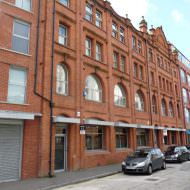 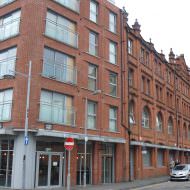 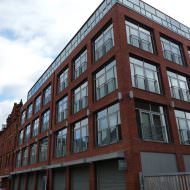 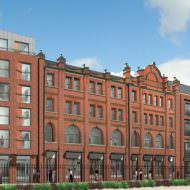 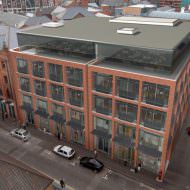 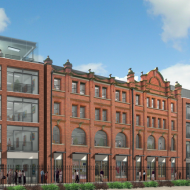